This week Chuka Umunna has written to his opposite number Vince Cable to express his and Labour's opposition to further reform of the Equality Commission. 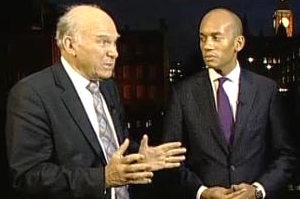 Shadow business secretary Chuka Umunna has written to Secretary of State Vince Cable urging him to rethink reforms to the Equalities Commission, warning the reforms are likely to lead to the abolition of the Commission.

He says the reforms, contained in BIS’s Enterprise and Regulatory Reform Bill – which returns to Parliament next month – will do little to lift the country out of recession, but simply create a less secure and concerned workforce.

“Having already increased the service requirement to claim for unfair dismissal in the employment tribunal, in your bill you are seeking to further water down the rights of employees in this country – most of whom are not members of a trade union – by reducing compensatory awards for unfair dismissal, notwithstanding there is no empirical evidence to demonstrate it would boost job creation.

“As I said at Second Reading, reducing compensatory awards for unfair dismissal in particular will impact on those in middle income occupations such as accountants, architects, chartered surveyors, insurance brokers, lawyers and mechanical engineers, as well as many other public service professionals.

“They, like others, are already facing the biggest squeeze on their living standards in a generation under your government and weakening their rights at work will only add to the worry and stress working people are under.”

In the letter, he also points to the opposition to the proposals from within Cable’s own party:

“Cllr Lester Holloway, said in the Guardian last month that he was “deeply ashamed” at what you are doing to the Commission – in so doing he referred to the repeal in this bill of the Commission’s general duty to exercise its functions to promote human rights and a society free of discrimination.

“Issan Ghazni, chair of Ethnic Minority Liberal Democrats, has also written to the equalities minister expressing alarm at what your government is doing to the commission – he said in his letter to the minister on 4 August that actions your government has taken in respect of the commission “amount to effectively abolishing the EHRC by stealth, which could potentially reverse progress made on equalities over the past decades”.

“We fundamentally disagree with the inclusion of clause 52 in your bill which relates to the Commission. It is not clear why this has been prioritised in an ‘Enterprise’ Bill.

“The changes your government has made to the commission by repealing its general duty, together with the 60 per cent cut in its budget, contracting out of its helpline and stopping its grant programme, can only be viewed as a deliberate attempt on the part of the government to undermine the effectiveness and independence of the Commission, with a view to moving towards its abolition.”

The issue will no doubt feature at the upcoming Labour conference and when Parliament resumes and the third reading takes place, with Labour reiterating its concerns for the future that Clause 52 spells for equality, the future and the relationship between employers and employees.