Gaia Marcus is a researcher for the RSA

Earlier this week, the Office of National Statistics released the first annual results of its ‘Measuring National Wellbeing Programme’. 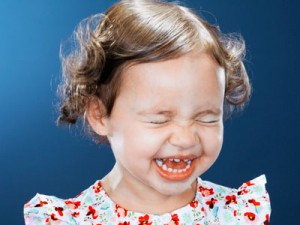 They found that people’s perceived quality of life varies according to who they are, what groups they are part of – gender, ethnicity, profession – and where they live.

But what do these happiness figures actually tell us? Can they lead individuals, communities or policy-makers to work out how to make things better?

For politicians and policy-makers these numbers could become something of a barometer, an indicator of how various policies are working, especially if measured over time. But how do they help us make decisions about what will improve our own wellbeing?

For now, the numbers tell us– by and large – that the happiest places are the least deprived areas; that the most satisfied are those with a professional job, who are married and who own a house.

Does that mean we won’t be happy unless we get rich, get married, and get on the property ladder? You’d hope not.

For the individual, the single figures don’t mean much: we aren’t equations. As a woman (happier than men, but more anxious), living in Bath (the most satisfied area in the UK) you might consider moving to the Shetlands (the happiest place). But would that make you unemployed (and therefore less happy and less satisfied)?

Maybe you might marry in the Shetlands (good for most things) and have children (generally understood to lower your happiness but increase life satisfaction). Trying to live your life driven by what statistically speaking makes you happy, would probably make you quite sad (in more ways than one).

We are more complex than single figures. What contributes to making you happy or satisfied with your life is not gender, or age, or employment: it’s a big mix of everything. A mix of You: your personal attributes, the things you do, where you live, who you know… all interacting together, all at once.

We need better stories: to start looking at how people get to happy; to see these figures as very necessary starting point.

The RSA’s Connected Communities team has been doing a lot to try and understand how people and communities make wellbeing work. In our action-research on social connections and wellbeing in seven sites in England it seems that people’s wellbeing and happiness is a delicate balancing act with those around you being a factor.

In one rural area it seems that the more people you name as friends, the less being a single mother has a negative effect on your wellbeing. On the other hand in five of the seven areas we looked at, being a single parent has no significant effect on wellbeing. In a very deprived inner-city area we found that ‘not being white’ seemed correlated with poorer health and lower wellbeing, and that the more people that people knew, the worse this effect became.

If wellbeing being and people are complex, and money is tight, what to do? I think we need more experiments, more willingness to get lost. Trying to understand wellbeing though national average wellbeing figures would be like trying to understand what Britain is like by looking at Google Earth’s snapshots of it. With these figures we have a map and we have some markers.

Now we need to be ready to get lost and to ask questions to ensure we can find a way to happy.

23 Responses to “Want to know how to be happy? It’s complicated!”