The government has got it totally wrong on higher education funding - it’s time for Labour to propose an alternative.

Figures released yesterday show that university applications from UK students for courses starting this autumn have fallen by 8.9 per cent. The drop coincides with the increase in tuition fees, to £9,000 a year, which the current cohort will be the first to experience. 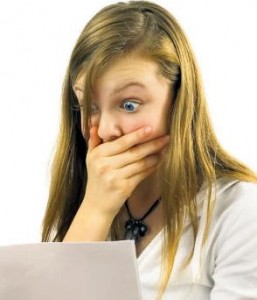 “I believe that [higher fees] won’t put off students. They will make a rational decision on the benefits that accrue to them [from going to university].”

Yesterday’s figures have disproved Gove’s assertion that the prospect of having over £27,000 worth of debt will not deter students from applying.

These statistics show that the prospect of carrying such an extraordinary debt before even leaving university is making many young people, who would have previously considered going to university, reconsider.

Application figures clearly show that the slump is far more dramatic in England, with Scotland experience a far less significant fall. England has seen by far the most substantial reduction, down 10% compared with the same point last year. The other declines are of 2% in Scotland, 3% in Wales and 5% in Northern Ireland.

• Coalition continues being wrong, wrong, wrong on its own tuition fees policy 7 Nov 2011

This clearly shows a strong link between increasing fees and declining applications. The government’s previous attempts to claim that the fee rise will not deter students has been shown to be totally incorrect.

Sally Hunt, leader of the UCU lecturers’ union, attacked the government for their pivotal role in seeing universities become inaccessible to many young people, saying:

“These figures once again highlight the folly of hiking up tuition fees to £9,000 and making England one of the most expensive countries in the world in which to access higher education.”

She went on to criticise the double standards of the Tory-led government, which gives lip-service to social mobility but in reality is making the situation far worse, saying:

“This government can talk all it likes about improving social mobility but how will erecting punitive financial barriers help our best and brightest get on?”

These figures are evidence of a government that is blocking the ability for young people to get on in life. The increase in tuition fees is just one element of a wider mix of measures which are ending any pretence that young people can still do well regardless of their background.

The scrapping of EMA has made education unaffordable for many young people while the slashing of youth centres has taken away an essential resource from kids from deprived areas. Now we see that increasing the cost of education has meant that many young people are simply not applying to stay on into higher education.

In light of these figures, Labour needs to be pushing for a radical overhaul of the regressive and unfair tuition fee system with a new mechanism, which Ed Miliband supported in his leadership campaign: a graduate tax.

Such a tax would get rid of the deterrent caused by the threat of taking on masses of debt and encourage young people to apply for university, not least those from disadvantaged backgrounds.

The government has got it totally wrong on higher education funding. It’s time for Labour to propose an alternative.