People rarely think about the fact that the government's immigration policies will send talented young people like them home.

With no hint of irony, immigration minister Damian Green has been busy touting the UK’s efforts to bring ‘the best and brightest’ migrants to its shores. 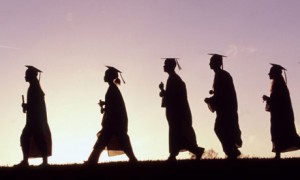 In recent remarks he implored international students to ‘please come’ and attempted to reassure the world that the ‘brightest students and the best are as welcome as ever to Britain’. Ambitious young migrants must not have heard, though, because they’re packing their bags for home.

As of April 2012, tighter regulations for international students and the elimination of the post-study work visa have many students feeling unjustly targeted under the coalition government’s immigration clampdown.

The removal of the post-study work visa, in particular, has crushed the dreams of those who had hoped to gain work experience in the UK for a year or two after their studies.

We are only now beginning to see the effects of this change, as the first batch of affected students prepares to leave the UK.

Whilst many other countries (e.g. U.S., Australia) use post-study work schemes to retain skilled graduates, the UK appears eager to be rid of its non-EU students. Since it will now be next to impossible for international students to realise a return on the substantial investment of a UK degree, it shouldn’t be surprising if they are discouraged from coming in the first place. For the £4 billion UK higher education industry, that’s reason for concern.

Consider the stories of Lisa and Clint, two talented young migrants who had hoped to build their careers in the UK:

Lisa, an aspiring journalist, initially came from the U.S. for a temporary position with The Economist. She remained here on a prestigious Fulbright scholarship and completed a postgraduate degree in Science Journalism at City University London. Lisa held work placements at New Scientist and the Times, and also freelanced for The Economist, New Scientist, and Science magazine.

Lisa has built up a strong network of contacts during her time here, but without a post-study work visa she says that interviewers see her as ‘essentially un-hireable’. If she had a short-term visa, she could build more solid professional relationships with publications and eventually secure sponsorship. As it stands, though, even with all of the skills she has developed in the UK, Lisa must leave.

Lisa arrived in the UK thinking she would have the chance to stay on to work for a year or two after completing her studies. When she found out about the changes, she even requested that her university grant her degree early so that she wouldn’t miss the April cut-off. She said:

“Sadly, those few months will make an enormous difference in the path of my life from here forward.”

If Lisa had known that she wouldn’t have the chance to develop her career here after her studies, she doubts that she would have ever applied to study in the UK. Disillusioned by this aspect of her stay, Lisa is resigned to seeking work in the U.S.

“I feel I am just the kind of person the UK would want to keep around – a law-abiding, hard-working, honest and smart person who has a promising career ahead of me.
Unfortunately I feel I’ve been booted out just at the start of that promising career, which seems to me a waste of the educational resources the UK has invested in me.”

If current restrictions had been in place four years ago, Clint* would never have been allowed into the UK, and he certainly would not have been allowed to remain to work. Clint, aged 26, arrived from the U.S. on a Tier 4 student dependent visa while his partner took up a prestigious scholarship at Oxford University.

Clint is now giving back to the UK by working in the charity sector. Unfortunately, as he puts it:

“The UK is not going to get the investment they made in me because they are kicking me out.”

In his time in the UK, Clint has started four NGOs, contributed original research to Oxford, worked at national charities, and supported over 100 community organisations. This January, his visa, granted under the post-study work scheme, will expire.

Work in the charity sector means that Clint’s income doesn’t meet the requirement to switch into another category under the points-based scheme. He said:

“I’ve been extremely grateful to the UK for giving the opportunity to live and work and make my life and other people’s lives better, but I also thought that the connections and the reason I was doing this was not just to be thrown away at the end.
“I want these connections and relationships I’ve built in the UK to last my lifetime, but it feels like they will end with these restrictions. It’s a shame for me personally, but it’s a shame for the country as well. Those relationships have social and financial value to the well-being of the country.”

Right now Clint is mid-career, has contacts in his field, and has successfully integrated into the UK. It is the perfect time for him to make the most of what he has learned and contribute to society here. Nonetheless, he will not be able to do so. In planning for the future over the past six months, Clint has felt ‘vulnerable’ and ‘trapped by these processes’.

Despite the UK government’s claims, it is not a mere matter of perception that studying in the UK has become more difficult for foreign students. As a result, these rule changes are much more likely to drive the ‘best and brightest’ away than to attract them.

Amidst sensationalist narratives of migrants as ‘benefits grabbers’ or ‘bogus’ students, the stories of young people like Lisa and Clint are not usually highlighted. People rarely think about the fact that these policies will send talented young people like them home.

Nonetheless, Lisa and Clint have very bright careers ahead – and they will be taking the skills they have developed here in the UK with them when they leave. If these policies continue, their departures will be only the first of many.

*Name has been changed.