Labour’s new advisor to the party's policy review on industrial strategy, Lord Adonis, tells Heather Spurr all is not well between Downing Street and Whitehall.

Labour’s new advisor to the party’s policy review on industrial strategy, Lord Adonis, tells Heather Spurr all is not well between Downing Street and the mandarins

Lord Adonis this week warned Number 10 is in a “state of warfare” with Whitehall, just weeks before sweeping civil service reforms are announced by the government. 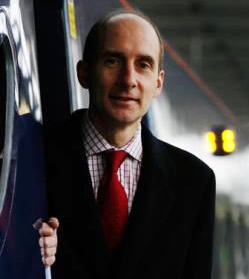 The coalition is expected to announce far-reaching reforms to the civil service within the next month. It follows reports David Cameron’s former chief adviser Steve Hilton wanted to slash the number of civil servants by 90 per cent.

“The government is becoming deeply unpopular in Whitehall by its anti-civil service rhetoric and I deeply regret that because it’s possible to be in favour of civil service efficiency whilst also supporting the professionalism of the civil service.

“I deeply regret the attacks on civil service moral which are taking place at the moment. I don’t quite understand it either because at the end of the day, if the government wants its programme delivered, they need the civil service because no one else is going to do it.”

Until last January, the former transport secretary was head the Institute for Government, which seeks to improve efficiency in the civil service.

When asked why he thought hostility exists between Whitehall officials and government, Adonis answered:

“There is clearly a deep sense of frustration about how things are going in Whitehall at the moment – which the government holds. I don’t think it’s justified. I was a minister for five years, I worked in Whitehall for 12 and I was constantly impressed by the professionalism of the civil service.

“There’s a need to improve efficiency and that is taking place – but I’’s all the more important when you’re improving efficiency that you support the integrity and the professionalism of one of the best administrative systems in the world.”

Damaging civil service moral would have a negative impact on Whitehall, Adonis added, explaining the government “needs to demonstrate” further cuts “are not going to harm essential public services”.

Earlier this month, the Telegraph revealed civil servants will be “rated” on their performance at work as government ministers, from the prime minister down, grow increasingly frustrated with institutional failures.

34 Responses to “Adonis: There’s a “state of warfare” between Number 10 and Whitehall”