Just a day after Izzy Koksal used an article on Left Foot Forward to outline why the Nick Clegg’s new “Youth Contract” is unlikely to make much of an impact in addressing the youth unemployment crisis, the Welsh government yesterday announced plans to create 12,000 jobs for young people over the next three years. 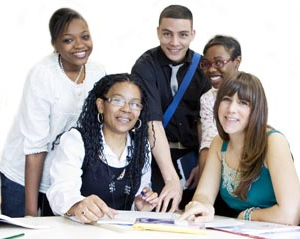 Whilst figures published in March showed that 21,000 more people across Wales entered employment between November and January to 1.34 million, unemployment over the same period rose by 1,000 to 134,000 or 9.1%.

Under the new scheme, £75 million will be made available to boost employment opportunities for 12,000 16- to 24-year-olds by giving them paid work for a period of six months, with participants earning at least the National Minimum Wage for a minimum of 25 hours per week.

“Jobs Growth Wales is a flagship policy in our commitment to boost economic growth and jobs in Wales. Not only will this scheme create opportunities for unemployed young people – who have suffered more than most in the recession – but these posts will also be new jobs, helping Welsh businesses to expand.”

“The current financial climate has led to the emergence of a growing number of 16- to 24-year-olds who have fallen outside work or education. Jobs Growth Wales will enable individuals to gain good quality work experience to progress into permanent employment or where appropriate an apprenticeship.

“We will work with all employers and young people involved to do our very best to ensure there is a destination for everyone, be it full-time work with the current employer, an apprenticeship or a full-time job with another employer.”

“We were delighted to take part in this innovative scheme. Not only have we been able to offer valuable experience to some enthusiastic and talented young people but it has also given us the chance to expand our business into new areas. As a result of the programme we hope to be able to create new permanent posts and offer full time work to all participants.”

Further information is available on the Careers Wales website.

11 Responses to “On jobs, Wales shows Clegg the way”