Without big changes to lobbying transparency plans, lobbyists will continue to get paid by clients to meet, fund and influence our political leaders in secret.

David Cameron held “secret meetings” with big donors which were not declared, The Sunday Times (£) revealed yesterday in its follow up to last week’s ‘Cash for Cameron’ investigation.

The now ex-party treasurer Peter Cruddas and large donors met the prime minister at more than a dozen private events, it reported, none of which got a mention on a list published this week by Downing Street. 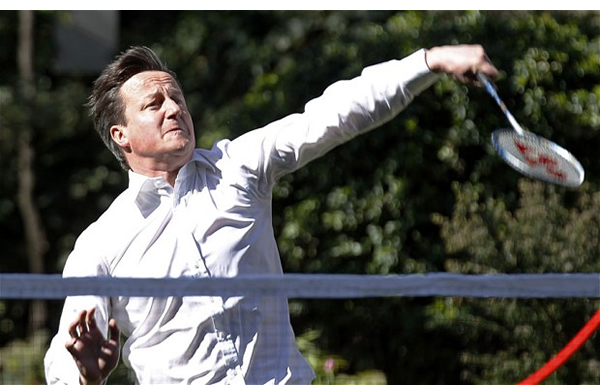 Among the fresh allegations is a document (pdf) written by the lobbyist and former Cameron aide, Sarah Southern, who was hired by the reporters. In it she outlines what her company Sarah Southern Consulting could do – for £15,000 a month – for the fake wealth fund executives.

Her proposal offers the following services:

• A series of introductions and meetings with key decision makers at the heart of government, “likely to include Ministers, MPs, Special Advisers, policy developers and key influencers within the Party and Coalition”;

• These meetings will provide the client with “the latest information and intelligence on current decision making and behind the scenes operation”;

• Meetings will also provide an opportunity for Ministers, MPs and their advisers to hear the views of the client “on a range of issues and suggestions for future direction on policy”.

There’s more besides in the 9-page document on the many clubs, conferences and dinners the clients can buy into to “engage and meet with senior Party people including the Cabinet and key MPs”.

• ‘Cash for Cameron’: Minister quizzed on whether health bill was bought 26 Mar 2012

• Cameron remains silent on dinner party guestlist – what does he have to hide? 26 Mar 2012

But perhaps the most interesting paragraph is the final one:

“Confidentiality: Sarah Southern Consulting operates on a strictly confidential basis. Clients are not revealed through any marketing materials… Client names are only revealed with the approval of the client… Discretion and confidentiality will be maintained.”

This is two fingers to the government’s pledge on lobbying transparency from someone who “spent more time in the first third of [2010] with DC than I did with anybody else in my life”, “planning and executing David Cameron’s events and visits prior to and during the General Election”. She was perhaps too busy to listen to DC’s speech in February 2010 predicting that lobbying is “the next big scandal” and his pledge to “be the party that sorts all this out”.

At the moment, without statutory regulation for lobbyists, the likes of Sarah Southern (and the lobbying industry is littered with former party workers) are free to operate in secret. And under the government’s proposals to regulate lobbyists… the vast majority of lobbyists will stay under the radar.

The proposals are a sham. Without fundamental changes to its plans, lobbyists will continue to get paid by clients to meet, fund and influence our political leaders in secret. Cue another scandal.

17 Responses to “Without statutory regulation of lobbying, there will be more cash for access scandals”