On their ‘Big Switch’ energy campaign, 38 Degrees should think a little more about how they add “sustainable” to their aspiration for “change”.

“Once we’ve driven the hardest bargain possible, we switch to the [energy] supplier offering the best deal.” – 38 Degrees this morning.

38 Degrees have successfully pulled more than 200,000 people together to take on the energy companies and are then going to form a bidding group that gets the lowest price, an attempt to get price competition in an oligopoly. (I wish them luck and hope the energy oligopoly will so hand them a PR coup). 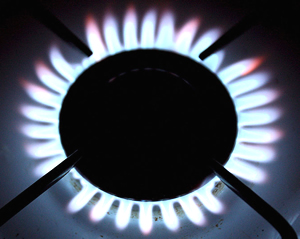 But, as we’re talking angles, the follow-on point is to wonder what values are expressed in this action. Each political party brings with it its own values, but the only value being expressed in 38 Degrees’ quest is price.

What about sustainability of the provider both in narrow terms of what it does to the environment, and more in broader terms of how it reinvests in its community? At what point did 38 Degrees decide to not create a co-operative?

It’s an old debate between consumerism and co-operatives, but one worth reviving. Co-operators live their values: the ethics of a co-operative owning enterprise is as important as getting the best price in a competitive market.

At this point the cry might be, well where’s the Co-op movement’s answer to the energy oligopoly? If you don’t know, then you need to get out of London more often.

The Midcounties Co-operative has been running a very effective energy co-op called Co-operative Energy, growing it through regional ads. It gained its 200,000th customer this month.

What is perhaps ironic is that while 38 Degrees is going to “work with consumer experts at Which? to negotiate cheaper rates on our behalf”, no-one thought to mention that Co-operative Energy won last year’s Which? Consumer Action award.

38 Degrees’ tagline is power, people, change. After their data harvesting from saving forests and campaigning more effectively on the NHS than anyone else one cannot deny that they have the first two.

But I’d like to see them think a little more about how they add “sustainable” to their aspiration for “change”.