Alex Hern digs up some astonishing hypocrisy from the Tory AM who tried to claim that no one uses public transport in London. 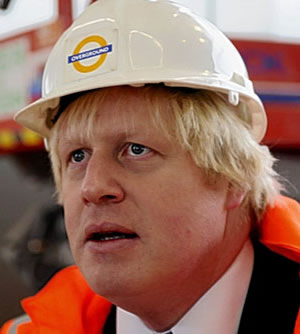 Adam Bienkov noted this afternoon the jaw dropping claim by a Tory member of the London Assembly that most Londoners don’t use public transport.

He went on to tell the Mayor that it was a “principal of conservatism” that “those [people] who receive a service are those who should pay for it.”

Boris Johnson replied that he would “need to get the figures” Arbour was referring to.

As both Bienkov and Mark Ferguson at LabourList have pointed out, Arbour is hopelessly wrong. With 1.1 billion tube journeys a year, 8.4 million combined daily trips on rail, underground, DLR, bus, tram and taxis, and all methods of transport except car drivers and motorcyclists increasing in the last ten years, it is not a fact that “few Londoners use London transport in any way”.

While his facts need a thorough going over, we at Left Foot Forward are always happy to see politicians staking out their principles, so Arbour’s ‘principle of conservatism’ that ‘those [people] who receive a service are those who should pay for it’, while wrong, could mark him out as a better type of politician.

Except when it comes to his own interests, he’s quite happy to treat principles with the same reckless abandon as facts.

In November 2009, the GLA reported that:

Tony Arbour has welcomed yesterday’s definitive assurance from the Mayor of London that the 24-hour Freedom Pass shall remain.

Commenting after Mayor Questions at City Hall during which Boris Johnson gave an assurance that the Pass would continue, Mr Arbour, the Assembly Member for South West London said:

“Boris delivered his promise for a round the clock Freedom Pass; who can doubt his commitment to keep it?”

Tony Arbour, Richmond and Kingston’s GLA Member has called on the Royal Parks Agency to concentrate on repairing Richmond Park’s roads rather than attempting to turn its car parks into revenue-raising machines.

“Much of Richmond Park’s perimeter road is in a terrible state. The new aggregate used to resurface the road during the summer has dislodged and is now lying in the road. This has left patches of exposed tar that is being flicked up by passing cars and bikes getting only bodywork, clothes and skin, which is proving very difficult to clean off.

“I call on the Parks agency to deal with this serious problem as a matter of urgency instead of focusing on imposing car parking charges on Park visitors.”

Arbour may have raised the flag of conservative principles in City Hall, but in the end he’s just chasing re-election.

• The environment trumps the debate between a tunnel or a bridge – Darren Johnson AM, January 21st 2012

9 Responses to ““No one uses TfL” Tory: Users should pay, except when they are my voters”