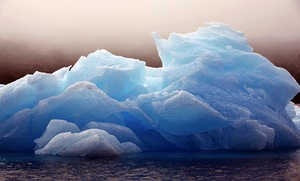 Leaked documents from inside one of America’s most powerful think tanks have revealed a multi-million dollar systematic disinformation campaign to cast doubt on the science of climate change.

The explosive documents, posted on Desmogblog – a website dedicated to monitoring groups that peddle false claims about climate science –show that some of the wealthiest and most polluting corporations in the world, including General Motors, Bayer, Pfizer, GSK and Microsoft, are helping to fund the Heartland Institute.

One of the leaked memos shows one “anonymous donor” paid the group more than $8.6 million through 2007-11 to promote climate change denial. The billionaire, oil baron Koch brothers are also implicated.

One of the revelations is that the best read climate blog in the world, Watts Up With That, is set to receive $90,000 in 2012 as part of their campaign. The man who runs the blog, Anthony Watts, is frequently quoted in major British media outlets including The Times (£). Two years ago Left Foot Forward revealed how Watts was tweeting links to the British National Party.

Similarly, ‘scientists’ receiving platforms on some of the biggest broadcasters in the world – including the BBC – are being paid monthly retainers to peddle a climate sceptic line. One document says:

“At the moment, this funding goes primarily to Craig Idso ($11,600 per month), Fred Singer ($5,000 per month, plus expenses), Robert Carter ($1,667 per month), and a number of other individuals, but we will consider expanding it, if funding can be found.”

A particularly sinister objective of their campaign is to “dissuading teachers from teaching science” – part of their “global warming curriculum project.” For this a coal industry insider has been hired, at the expense of $100,000 a year, to develop a plan to teach children that climate change is a hoax.

Another document says that Heartland has not yet tried:

“To raise funds from businesses with a financial interest in (shale gas) fracking. In 2012 we intend to correct that oversight.“

The leak will raise new questions about who is funding Lord Lawson’s influential lobby group in the UK, Global Warming Policy Foundation. Lord Lawson has consistently refused to reveal who is funding their campaign.

Left Foot Forward can reveal that David Henderson is both a Fellow of the Heartland Institute and Chair of the Advisory Board of the Global Warming Policy Foundation.

The director of this group, Benny Peiser, as well as Telegraph columnist James Delingpole, have spoken at a major conference of climate deniers organised by the Heartland Institute.