Rachel Fairley presents the problems design agencies are having as we sink into a second recession. 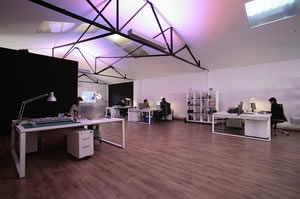 A sense of gloom hangs over small business owners as they make their turkey sandwiches this week.

With the euro crisis dragging on, the Chancellor’s latest credit easing initiatives still to be felt, and official unemployment figures at 2.64 million, the highest since 1994, many will be reaching for another glass of sherry just to drown out the recent memory of their struggles in 2011 and the forecasts they’ve read for 2012.

Economists at global banking giant Standard Chartered say the UK economy is likely to be in recession going into 2012, eventually recovering in the second half of the year.

It feels like the tough times for small businesses have already lasted years, but with public sector clients experiencing cuts that will accelerate from next April, and Standard Chartered forecasting 1.5 per cent growth in 2013, the belt tightening is here to stay.

Many are simply adapting to the new economic reality. I’ve been surveying people working in digital and design agencies about the economic outlook for three years now, and it is striking the way that the longest UK recession in history has changed the culture of an industry based on pitching for business, piece meal contracts and unpaid interns.

Agency leaders are facing a second year of talent exodus. In the next twelve months 58 per cent of respondents are intending to change employer. Churn has far reaching consequences that SMEs can ill afford in this uncertain economy. It impacts on reputation, profitability, quality of work, client and talent retention and acquisition.

“High staff turn-over means extra costs. Finding and recruiting new staff, then inducting them and getting them up to speed to take over accounts all adds to costs and eats into margins.

“In the current jobs market, agencies that advertise are being swamped with applications meaning that short-listing takes far longer than it used to, and candidates rarely get feedback and often do not even have their applications acknowledged.“

“Clients are increasingly nervous that the ‘A’ team pitched, but an unstable ‘B’ team are delivering. And feeling like you aren’t on the ‘A’ team is demotivating, giving employees another reason to consider leaving.

“Not only this, but producing creative work for free during pitches means agencies are giving away their most valuable commodity: their intellectual property. I can’t think of any other professional services business where this is tolerated, or even considered an option.”

Not only do respondents say clients are expecting more work in pitches for free (71 per cent) but that once you’ve won the account more work for less money (85 per cent).

One agency owner told us:

“Yes, budgets are killing us, everyone wants something for nothing and without good reason and if you don’t agree they all go elsewhere.”

One designer said there is:

“Too much competition. Little opportunity.”

The movement of people between agencies can make or break reputation through word of mouth. This is increasingly true as a growing number of respondents are using the social web to talk about their professional experiences (30.4 per cent in 2011, up from 19 per cent in 2009).

Clients asking for safer work (54 per cent of respondents) will do nothing to enhance an agency’s (or the client’s own) reputation as being at the forefront of innovation. Safer solutions may not achieve the client’s business objectives.

One design director pointed out:

“It’s increasingly being dumbed down and made more obvious and commercial as the clients are frightened to try anything new. They tend to patronize the audience and don’t assume that the consumer can pick up on edgy subtleties.”

The good news is agency leaders are still wearing their rose-tinted glasses, perceiving their company’s performance higher than their employees. This may be helpful if they are to successfully lead their agency through the economic downturn and back to prosperity, but they should be aware that their employees do not share their point of view.

Staff perceive agency performance is getting worse: there is too much poor leadership, that doesn’t value ideas and opinions, and fails to reward people for going the extra mile when there are excessively high workloads relative to staffing levels.

Agencies appear to be running on empty, with staff engagement at an all-time low. Lets hope that the entrepreneurial spirit possessed by so many small business leaders can be reinvigorated at the heart of the agency, so that we may yet find a way to stop the exodus and find a path to growth.