Left Foot Forward’s Ed Jacobs looks ahead to the political situation in Wales in 2012. 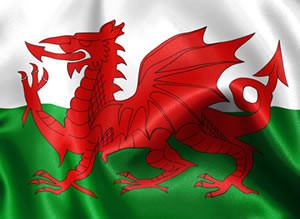 “The Welsh government’s focus can be summed up in two words: the economy.” – With these words, first minister Carwyn Jones outlined what his government’s priority would be in 2012 in an article for the Western Mail.

There is no doubt that for Wales, 2011 has been one of economic challenge. In a country disproportionately reliant on public sector employment, the 9.1% of Welsh people currently out of work looks set to increase as the Chartered Institute of Personnel and Development predicts UK wide unemployment of almost 3 million by 2013. In short, as Wales enters 2012, economically there is little to cheer about.

Having announced £1.4 billion of investment for schools, a £90 million Capital Investment Programme and its Jobs Growth Fund, 2012 will be a crunch year for the Labour adminsitration, one in which “delivery” – as the first minister might himself put it – will need to be the watch word for ministers.

Whilst the decision by Welsh voters in March to provide the Assembly with full law making powers was hailed as a great trimpuh by all parties at Cardiff Bay, who all supported the move, the low turnout of just 35.4% suggests that for the Welsh people the idea of devolution has yet to capture their imagination in a way in which it has the Scots.

2012 will therefore need to be a year in which members of the Assembly must use the new found powers they have to show to Welsh voters what distincitly “made in Wales” laws mean for them and how they differ from laws being passed in Westminster.

As I outlined on Left Foot Forward following the declaration of the result in March:

“Whilst the Assembly will now get the full law making powers enjoyed by Holyrood and Stormont, the low turnout and lack of understanding over the issue should spur those at Cardiff Bay to prove why it was worth giving them the powers to legislate without needing Westminster’s permission.”

This statement remains as true today as it did then. Ministers now have a job on their hands in translating their Programme for Government into a legislative pogramme until 2016 that can excite and engage the people of Wales. As of yet, the jury is very much out on wheather or not it has happened yet.

Meanwhile, the Assembly looks set in 2012 to be a very much more political forum than in the past, and not just as a result of the added legislative powers it now finds itself enjoying.

Whilst Welsh Labour were quick in May to flag as a success their ability to govern alone from Cardiff Bay, having achieved exacly half the seats in the Assembly chamber and no more, Carwyn Jones in effect leads a minoirty government, relying on the support of other parties to get its programme through.

As the passing of the budget showed, building coalaitions is going to be at the heart of how the Assembly operates over the next year and beyond.

The decision by the leader of the Welsh Liberal Democrats, Kirsty Williams, to provide her party’s support for the budget in exchange for an albeit modest change to the education budget, coupled with her attempts to distance herself and her party away from the Tories in Westminster, is a clear attempt to develop clear yellow water between herself and London in the hope of being able to generate some good will within Labour circles in the Assembly to gain influence over policy decisions.

For her party, the question in 2012 will be wheather influence is best achieved inside or outside government as was the case for the Conservatives in Scotland under Annabel Goldie when the SNP were a minority government.

For Labour, meanwhile, a critical question will need to be asked over the next year – how sustainable is it to govern without an outwright majority, working on an issue by issue basis. Is it time to consider a coalition either formally or establishing an agreement with one of the other opposition parties? Much as Labour have declared the result in May’s elections a success, the reality is that they failed to achieve an outright majority, an issue which is likely to dog the government over the next year.

While Plaid Cymru have a year ahead in which they have to figure out how to do opposition, and more critically, establish what the point of nationalism in Wales really is.

Having found themselves booted out of coalition government following May’s elections, Plaid’s priority now is to establish itself as an independent voice and to figure out how it can effectively hold Labour to account whilst not giving the impression it has been trashing its own record whilst in government. Their ascendency and subsequent fall to earth with a bang should act as a warning to the Lib Dems now finding themselves with ministerial red boxes in London.

As the party looks to pick a new leader on March 15th, the debate that will inevitably ensue between now and then will have to concentrate on what the point of nationalism is in a country that is at best lukewarm to the idea of devolution; Plaid can only look in envy at what their nationalist partners have achieved in Scotland.

2012 could be a key year for nationalists in Wales. If they are unable to capitalise on discontent with the actions of the coalition government in Cardiff then dreams of an indepenndant or more assertive Wales will remain a dream and no more.

For Wales, 2012 looks set to be a year of challenge for all parties. Keep a close eye on Welsh secretary Cheryl Gillian, who so far has failed to provide the strong voice for Wales in Cabinet, as well as Kirsty Williams who during the budget process played her cards well – she’ll be hoping to capitalise on that to gain greater influence throughout the next year.

With the Commission on Welsh Devolution due to publsih its first report in the autumn on the financial accountability of the assembly, next year will also include ongoing argument between Cardiff and Westminster over the finances and Wales being shortchanged under the Tory-led UK government.

2012 will be the year the assembly and government will need to find its voice and roar for Wales like the red dragon which adourns its flag in much the same way Alex Salmond has come to become the voice of Scotland across much of the UK press. If it doesn’t, questions could be asked about the long term viability of Welsh devolution.