Lucy James of the Campaign for High Speed Rail says the delaying of the decision till the New Year is nothing to worry about - HS2 will still go ahead. 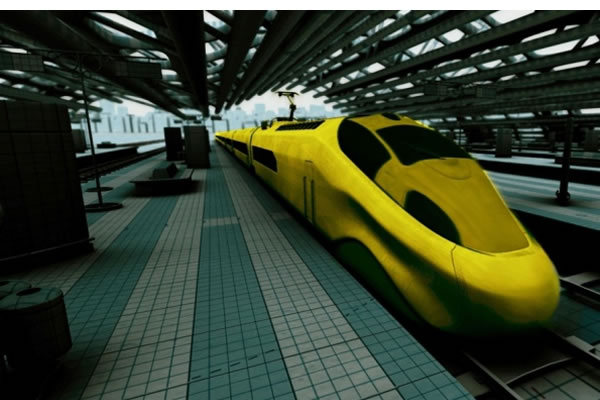 By Lucy James of the Campaign for High Speed Rail

Last Saturday, the government announced its decision to re-examine sections of the High Speed Two (HS2) route between London and Birmingham. As a result, the official decision on whether to go ahead with HS2 will no longer be made in December, but in the New Year.

The section of the route in question is around Amersham, where the government are considering spending £500 million on a 1½ mile tunnel to connect two previously planned tunnels that run underneath a section of the Area of Outstanding Natural Beauty (AONB) in the Chilterns.

The delay has been incurred in order to allow a feasibility study to take place into the tunnel in question and to reexamine the overall environmental impact of the proposed route more broadly.

Firstly, it is important to make HS2 as environmentally friendly as possible. Despite outrageous accusations to the contrary, supporters of HS2 are not out to tear up the countryside.

Last week a report by Greengauge 21, commissioned by groups including the Campaign to Protect Rural England (CPRE) and the RSPB, found:

“If the detailed planning is done properly, HS2 should make a positive contribution to reducing greenhouse gas emissions.”

This tunnel has the potential to offset some of the environmental impacts of HS2 in an AONB. If you can achieve this without spending more money overall that has got to be a good thing.

Secondly, tinkering with the route shows the government’s commitment to the project. It has always been important to be open to route improvements. After all, this was surely the point of carrying out the public consultation. It is only right the government takes into consideration suggestions for route improvement as they are doing and that the project goes ahead using the best route possible.

It is more important to do it right than to do it fast.

The key rationale for supporting high speed rail is the impending capacity crisis hurtling towards the UK’s railways. Sections of the East Coast Main Line are already blocked and Network Rail predicts the West Coast Main Line will be at full capacity by 2024. Lack of drastic action could ultimately lead to the serious decline of Britain’s railways infrastructure.

Some of the groups that oppose HS2 claim sufficient capacity can be created by implementing a set of incremental upgrades on the West Coast Main Line. However, the last time the WCML was upgraded it went over budget by £6 billion and took longer than a decade.

This illustrates both the financial difficulties of upgrading a live line, and the chaos it causes to commuters.

This is a typical short-term make-do-and-mend approach that will not be sufficient in the long-run; in the words of Network Rail (pdf):

“[After 2024 the WCML] is effectively full and any interventions (track upgrades) will be disproportionately expensive compared with the benefits gained.”

HS2 is important on the basis of other issues core issues for the left.

Firstly, HS2 will go some way in helping to rebalance the national economy. In rather simple terms this is because increased connectivity leads to better economic productivity, known as the agglomeration effect. HS2 is a positive step to making sure no regions are left behind as they were in the 1980s.

In the same way, HS2 is a long-term infrastructure investment that could help lead to regional job creation. In a report (pdf) from Core Cities released in June, leading economists estimated the creation of one million jobs outside of the South East rests on the rail capacity that HS2 will provide.

Were the project to be cancelled, the UK would miss its chance to deal with a capacity crisis that would be irreversibly damaging for Britain’s railways. It would lead to increasingly disgruntled passengers and an inevitable political headache for the next Labour government. It would stand in the way of boosting economic productivity and job creation in the regions.

Instead we are witnessing a minor delay to allow the consideration of a minor alteration to a project that millions will reap the benefits of for generations.

HS2 has the potential to be the greatest rail project since the Victorian era, and one which can set the tone of travel and infrastructure for the next century. Its success will not be affected by a one month delay or a new tunnel to save an AONB.

We are still confident HS2 will be given the green light in the New Year.

• The railways: Yet another broken market in the UK – Ben Mitchell, August 19th 2011

• There are concerns with High Speed Rail but it’s still worth doing – Richard George, March 10th 2011

24 Responses to “Wheels still on despite HS2 delay”