Alex Hern covers the bad maths in the Ministry of Justice’s spending review, and how it raises questions about their ability to save the money they’re trying to. 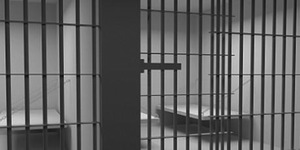 Today is the third day of the report stage and third reading of the legal aid, sentencing and punishment of offenders bill, and although some changes have been made, it remains largely the same bill that we have criticised in the past.

It still withdraws legal aid from clinical negligence claims; it still makes victims pay for the privilege of taking wrongdoers to court; it still introduces means-testing for arrestees in the police station; and it still has the fingerprints of a minister who made £97,000 in a year from the industry he’s supposed to regulate.

Like the Dowlers before him, Chris Jefferies, who was falsely accused of Joanna Yeats’s murder, spoke out against the changes today, saying:

“I think there is absolutely no question that I wouldn’t have been able to take the action that I did because at the moment, one is able to take out a conditional fee agreement and that means that the lawyer’s success fees, which are a percentage of the total legal costs of taking the action, will be paid by the other side and one won’t be responsible for those.”

The justification for these cuts has always been the aim of “delivering substantial savings during the current spending review period”, to quote the government’s response to the select committee’s report, which is why it’s so bizarre the the bill as it stands may not even do that.

The Law Society has released a new report, Missing Millions (pdf), detailing the problems with the costing of the legal aid bill, and it raises questions about the competency of the Ministry of Justice, and the carrying out of the spending review itself.

Some of the problems are “merely” bizarre unsupported conclusions.

For instance, the Law Society points out:

The MoJ predicts that the cuts in legal aid for family separation will lead to 210,000 fewer legal help cases and 45,000 fewer cases with legal representation. But it says this will lead to an increase of only 4,000-10,000 in the number of mediations, at an extra cost of £6 million to £10 million.

Based on current take up of mediation, the Law Society predicts that there will actually be an increase of closer to 90,000 mediations, at a cost of £40 million – more than 15 per cent of the entire savings wiped out.

Other concerns are more fundamental, and relate to the priorities of the spending review.

The Law Society points out that the MoJ has ignored the costs that the cuts will impose on other government departments:

Legal advice will not be available for the 595,000 legal help cases that currently qualify, and problems with housing, benefits, education and immigration will not be sorted out; using data from the Civil and Social Justice Survey and the Legal Services Commission, Citizens Advice estimates:

• For every £1 of legal aid expenditure on housing advice, the state potentially saves £2.34;

• For every £1 of legal aid expenditure on debt advice, the state potentially saves £2.98;

• For every £1 of legal aid expenditure on benefits advice, the state potentially saves £8.80;

• For every £1 of legal aid expenditure on employment advice, the state potentially saves £7.13.

In allowing departments to make cuts in their spending without examining the knock-on effect on other departments, the spending review prioritises, not saving the government money, but a wholesale shift in spending from discretionary to mandatory.

One explanation for why the review has been conducted so badly is that the MoJ didn’t actually wait for the information required to do it well. The public accounts committee recommended in January that the ministry conduct the spending review “on the basis of a full understanding of the cost and value of its services” – which seems like it shouldn’t need saying, but it clearly did.

The justice select committee repeated that call in March, saying:

We are disappointed in the dearth of evidence on legal aid expenditure at case level to enable the identification of key influences on cost.

Despite these calls, the MoJ decided to press on, saying it “would have liked more information”, but concluding:

There is a pressing need for reform to meet our objectives for legal aid, including delivering substantial savings during the current spending review period and we must therefore proceed on the basis of the information that we have.

In racing to meet an artificial target, they forgot the old maxim “measure twice, cut once” – indeed, in their eagerness to cut, it looks doubtful whether they bothered to measure at all.

17 Responses to “The missing millions in the legal aid cuts”