Alex Hern asks what on Earth out of touch Tory backbenchers were thinking when complaining to Conservative Home about their “inadequate” £65,738 salary. 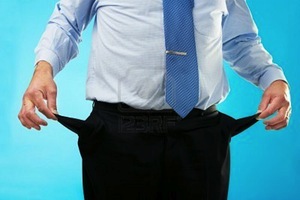 Tim Montgomerie has a piece up today on Conservative Home explaining the ten reasons why he considers the era of the powerful Tory backbencher to have begun. It is well-reasoned, and makes some good points. Except for his eighth point, which boggles the mind.

“They are marching on inadequate rations. One MP has stopped buying his coffee in Starbucks because he can’t afford it. Another MP I know has stopped going to dinner clubs with fellow MPs because of the expense.

“Another gets his lunch at Tesco because he can’t afford the new (more realistic) prices in the parliamentary canteens.

“Most Tory MPs have taken big pay cuts to enter parliament. Short of money they are not happy and unhappy troops have a tendency to be mutinous. Addressing this would go a long way to restoring Cameron’s standing with his MPs but in this age of austerity it’s also one of the hardest things for him to do.”

A few points of information:

• They have one of the most comprehensive expense allowances of any profession;

• Many have other financial holdings.

For them to claim to be marching on “inadequate rations” just shows how out of touch they are. Of course, it may well be difficult to live the life a Tory MP expects on £65,000 a year; almost 2 per cent of that would go just on your gentlemen’s club.

We reported on the number of Conservatives who are members of these elitist establishments in April:

Eric Pickles, the Secretary of State in charge of cutting councils is one of the 27 Tory MPs eligible to enjoy the library at the Carlton, a club which boasts it is the “the oldest, most elite, and most important of all Conservative clubs”. Membership is over £1k (£1,140) per year – but you can bet the Carlton library does not receive as many visits as any of the scores under threat in Britain.

Culture cuts won’t be an issue for members of the Garrick. Its five Tory MP members include Ken Clarke and Dominic Grieve, and the sub of £1,000 per year gives access to more than 1,000 works of art.

So perhaps it’s for the best that one MP has had to stop going to clubs with their fellows; having to use the same facilities as the 95 per cent of workers (pdf) who earn less than £61,000 may instil the sort of compassion which is clearly lacking in the members who vote against children, against women, against the disabled and against the NHS.