Ed Jacobs runs through the press reaction in the devolved nations to the crunch week ahead for the British economy. 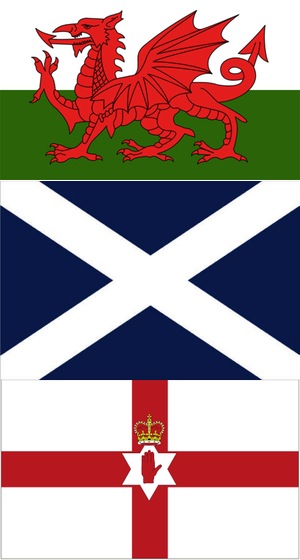 In a week with the potential to be make or break for the UK economy, dominated by OECD figures warning that the county is about to slip back into recession, an Autumn statement against a backdrop of the Office for Budget Responsibility forecasting that growth is insufficient for the Government to meet its deficit reduction targets on time and mass public sector strikes on Wednesday, Left Foot Forward rounds up how the press across the nations have previewed this important week.

Writing for Scotland on Sunday, assessing the scale of the challenge now being faced by the UK economy, the paper’s Political Editor, Eddie Barnes declares:

“Beneath a corner of the UK Treasury building, overlooking Westminster’s St James’s Park, are the Churchill war rooms. Protected from the world above by a bomb-proof concrete ceiling, they house the bunker where the greatest of all prime ministers sat safely in the Blitz, protected from the bombardment above.

“Not for the first time in recent years, Treasury officials might be forgiven for thinking this week that they would be better off going down there themselves.

“For the hard-pressed staff who inhabit the pleasant airy offices above, the next few days promise to be fraught.

“Tuesday: dire growth forecasts and the Chancellor’s Autumn Statement, setting out how to deal with them.

“Any given moment: the collapse of the Eurozone, Britain’s biggest trading partner.

“Various metaphors were being used to describe the mood in Whitehall at the end of last week – and many chose to adopt them straight from the war. Sandbags are being filled, rations are being stored away.

“For Chancellor George Osborne, the option of finding shelter somewhere safe is not available. This is the week when, despite the bombs raining down on his offices and the air-raid warnings sounding, he must somehow come up with what sounds like a plan.”

In a stinging attack of the Chancellor’s strategy meanwhile, the Sunday Herald’s comment page concludes:

““When the facts change, I change my mind. What do you do, sir?” So asked the celebrated economist, John Maynard Keynes. We hope that Chancellor George Osborne will show similar intellectual flexibility in his autumn financial statement on Tuesday.

“The facts are these: growth is flat, Government debt is getting bigger, one million young people in Britain are unemployed, Europe is in chaos.

“The Chancellor may have right on his side when he says Britain has not had a sovereign debt crisis because of the “hard choices” he made over public spending 18 months ago. But things change.

“If he sticks to the same policies, Britain will assuredly have a crisis before long, because those very same public spending cuts, in the absence of private-sector investment growth, mean the economy will stall, tax revenues will fall and Government debt increase even further.

“This is simple arithmetic, and it is happening right now.”

“There is an urgent need for policies that concentrate more on economic growth and less on narrow financial indicators. Unemployment, and its ugly sister, under-employment or part-time working, has reached socially unacceptable levels.

“The wave of public sector strikes this week over pensions may be the first sign that the public, or a large section of it, is no longer prepared to accept the social consequences of the chancellor’s “one club” economic policy.”

In Wales meanwhile, it is the continued fall out of last week’s deal between Labour and the Lib Dems to secure a budget that has dominated the political coverage. Following Finance Minister Jane Hutt’s declaration on BBC Radio Wales on Friday that the deal reached was good for Wales, Matt Withers has sought to highlight the political advantages the deal is likely to reap for both parties. Writing for Wales on Sunday, he argued:

“Most of all the Lib Dems get to be seen to be back in the game in Wales on a national level for the first time since their power-sharing came to an end in 2003. Ms [Kirsty] Williams has never hidden her discomfort at her party going into coalition with the Conservatives at Westminster, deliberately looking grumpy when forced to have her picture taken with Nick Bourne and Cheryl Gillan last year.

“This shows that her party can work with Labour too – a useful weapon to have in her armoury when campaigning for tricky local elections next year. And it will also be appreciated by her party leadership in London, who will be keen to show they are not joined at the hip to the Tories.

“They can also show something tangible they have got out of it – the pupil premium was in their manifesto and will now be enacted in government in Wales, even if Labour are avoiding the name.

“For Mr [Carwyn] Jones, this can be seen as a smart way of getting his Budget through a week on Tuesday without conceding too much ground. In effect, he’s got the support of five Lib Dem AMs for £20m – two fifths of a Fernando Torres. And his party, particularly the MPs, will be glad he’s done it without having to bend over backwards to Plaid Cymru again.”

At the Newsletter, it is Wednesday’s strike action which has exercised the paper’s team. Outlining the extent of the disruption likely to be caused, it explains:

“Northern Ireland is bracing itself for widespread disruption as the huge impact of next Wednesday’s strike action over pensions became apparent yesterday.

“Thousands of commuters will be forced to make alternative travel arrangements after Translink confirmed that all services will be cancelled. The majority of schools are also expected to close for the day.

“However, thousands of parents and children have been left in the dark, with education boards struggling to find out which schools will close and what arrangements are in place for those which will remain open. A spokesperson for the Department of Education accepted that some parents may be given no warning at all over whether their child’s school will open.”

The paper went on to quote Brian Campfield, general secretary of the Northern Ireland public sector union, unions as saying:

“We have been well prepared to face the criticism from politicians and groups over this strike, but all the unions involved fully believe that this is the only way that we can make a change.

“If people are going to talk about the effect this will have on the economy, they should take a look at what effect the government’s policy is having on the economy.”

• OECD: The economic indications are not good for Gideon – Alex Hern, November 15th 2011