Declan Gaffney uncovers the Daily Mail and Daily Telegraph’s latest smearing of disabled people, and asks whether the DWP had anything to do with them. 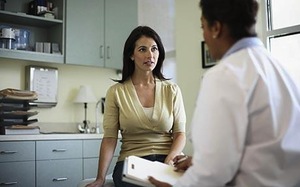 As we’ve pointed out on this site before, there isn’t a great deal of expertise involved in placing misleading press stories about benefits in right-wing papers on behalf of the government.

It’s particularly easy if the stories involve statistics, which the majority of journalists will happily swallow whole without asking any awkward questions. Given prevailing levels of innumeracy and gullibility, there’s really no excuse for failing to get the lobby singing from the same spreadsheet.

So how do we explain these contrasting statements about disability benefits in today’s Telegraph and Mail?

‘Almost 200,000 people were granted a disability benefit last year without ever having a face-to-face assessment. A staggering 94 per cent of new claimants for Disability Living Allowance started receiving their payments after only filling out paperwork.’

More than 30,000 people were given additional benefits on the basis of nothing more than filling in an application form.

Figures from the Department for Work and Pensions (DWP) showed that 94 per cent of new Disability Living Allowance (DLA) claims last year were approved without a face-to-face assessment of their needs by officials.’

Technically, ‘more than 30,000’ and ‘almost 200,000’ could be referring to the same figure, which might just possibly correspond to the 94% figure both stories cite. But that’s not what’s happening here. The two papers highlighted different figures because the underlying story which both papers are trying to reproduce involves passing off statistics about one thing as if they were about another.

This sort of thing goes on all the time, but in this case the spin failed to hold the story together because it was transparently ludicrous.

The claim is that most disability living allowance claims are based solely on claimants filling out a form: this in turn is intended to make the case for cutting DLA expenditure and caseloads by 20%, in accordance with the June 2010 budget. Iain Duncan Smith says in the Mail “At the moment, hundreds of millions of pounds are paid out in disability benefits to people who have simply filled out a form.”

It is certainly true that an estimated 94 per cent of new claims didn’t involve a specific medical examination. But to suggest that all of these claimants had ‘simply filled out a form’ would be grossly misleading.

42 per cent of awards were also based on a report from a general practitioner; 36 per cent on another source of evidence such as information from a hospital report, a social worker or allied health professional or from assessment for employment support allowance. In other words, there’s a lot of evidence from ‘face-to-face assessment’ in play, it’s just that most of it doesn’t involve DWP officials.

As for the 16 per cent of claims which were based only on a form, these were presumably cases where a DWP decision-maker had judged that no further evidence was necessary.

The underlying story reported by both newspapers is based on a deliberate and painfully obvious attempt to conflate the small minority of awards where DWP decided only a form was needed with the large majority of awards which didn’t involve a specific medical examination by someone working for DWP.

As for the contrasting figures cited by the Mail and Telegraph, while we can’t locate a source for them, the disparity is likely to be the consequence of this conflation.

This looks awfully like a case of desperate, amateurish spinning in the face of figures which refuse to tell the story government wants people to hear. Let’s just hope that no public funding was involved: perhaps the Taxpayers’ Alliance, inevitably quoted in today’s Mail’s story, should investigate?

• How the disabled took all the jobs – Declan Gaffney, September 1st 2011