Left Foot Forward’s Ed Jacobs covers the setting up of the Holtham Commission, which will look at granting Wales tax-varying powers akin to Scotland. 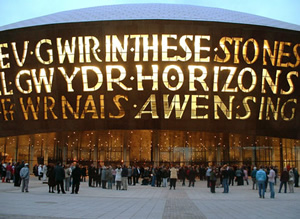 The secretary of state for Wales, Cheryl Gillian has announced the composition of a commission to assess the way that Wales is funded in the face of mounting criticism over the unfair nature of the Barnett Formula as outlined in the Holtham Commission report.

The commission, which could see the Welsh government and assembly eventually granted powers to raise taxes and borrow money, will be led by Paul Silk, a former clerk to the Welsh Assembly.

The commission, seen by many as the Welsh equivalent of the Calman Commission, which has led to substantially greater powers being transferred to Holyrood within the Scotland bill, will have two key issues to focus on as part of its terms of reference, namely:

• To assess the potential to devolved some fiscal powers to Cardiff and the associated accountability mechanisms to go with it; and

In establishing the commission, the Welsh secretary commented:

“Taking forward our coalition agreement commitment to set up this commission, the government has worked closely with the Welsh government and all parties in the assembly in agreeing its terms of reference. I expect the commission to consult widely on its proposals, and building on the consensus we have sought to achieve in its formation, to make recommendations which are likely to have wide degree of support.

“Following the referendum in March, the Welsh government has new powers over the devolved areas.

“It is therefore only right and proper that we look at ways to make the assembly more accountable and today’s announcement is the first step in taking this forward.”

Outlining how privileged he felt to be leading the review, Paul Silk went on to explain:

“The Commission has a challenging and complex remit and I look forward to working constructively with the UK government and the Welsh government over the coming months. I want to listen and engage with people across Wales on these important issues as we begin our work on the task in hand.”

Whilst having all party support, in his analysis of the announcement, Toby Mason, political reporter for BBC Wales has noted that the Welsh government are likely to be “lukewarm” to any radical proposals the commission comes out with, explaining:

“The reaction in the Welsh government to any far reaching findings in this section is likely to be lukewarm. The first minister has indicated that he has little appetite for taking on responsibility for a portion of the income tax raised in Wales, for example.

“This will have not been missed by the Wales Office and Downing Street, who are, it’s fair to say, pretty fed up with some of the rhetoric coming from Cardiff Bay since the assembly elections earlier this year.”

Mason does however conclude:

“In the background of all this, of course, is Scotland forging ahead, taking on a comprehensive range of new fiscal powers through the Scotland bill. Developments there may shape the future for Wales as much as the commission’s work, although they’re setting off on an important – and potentially rocky – journey of discovery.”

As the commission meanwhile begins to get to work, the first minister, Carwyn Jones has started a debate of his own, using a speech to the Legal Wales conference to call for a public discussion on the issue of a separate legal jurisdiction for Wales in early 2012. He told the conference:

“We already have divergence between Welsh law and the law in England, particularly in the field of education, health and social care. Inevitably with the Assembly’s new powers it will become increasingly divergent.

“An inevitable consequence of devolution is that although we now have distinct Welsh law, the law of England and Wales still applies in Wales.

“The challenge for the legal practitioner is knowing which law applies when and this isn’t always easy.  The Welsh government is acutely aware that devolution law has added to the complexity of the statute book and we are looking at ways of improving accessibility including consolidation of the law applying in Wales.”

6 Responses to “Will Wales get tax varying powers?”