Aaron Porter highlights the difference between the coaltion’s treatment of under-30s and over-65s. 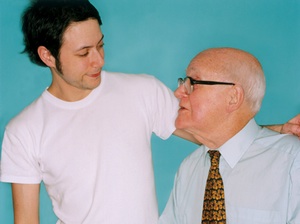 With the backdrop of the compulsory retirement age being removed, a move many support although it may well make entry into the labour market for the under-30s tougher, the contrast between the treatment of young and old couldn’t be more stark, writes former NUS president Aaron Porter

As public spending is reined in under the guise of deficit reduction, choking off growth and forcing up unemployment, the government have boxed themselves into a corner forced to make even tougher decisions than they otherwise would need to.

And when it comes to difficult decisions, comparing the fate of young and old makes for painful analysis.

A great deal of attention has been paid to the trebling of tuition fees, youth unemployment on the verge of breaking one million and the removal of the Education Maintenance Allowance which was a vital lifeline of up to £30 per week for the poorest students in college.

Less attention has been given to the cutting of Connexions, the abolition of the Future Jobs Fund or the removal of funding for over-25s wanting to get GCSEs and A levels. All of which are still disgraceful decisions on the part of government, largely self-defeating in terms of the cost to the economy and almost entirely an attack on the poorest groups and the much talked about ‘squeezed middle’.

The removal of funding for over-25s wanting to take GCSEs and A levels is particularly pernicious, as it is predominantly a lifeline for those failed by the school system, and often seeking a second chance to pick up vital qualifications in maths, English, IT and science to give them a chance of either going onto college or attempting to get a foothold on the jobs market. It is rarely a course in flower arranging or fine art, as the government would like to make out.

Yet as young people are coming under a sustained attack from this government, with little sign of improvement in the foreseeable future, I can’t help contrast this with the political choices the government have frankly ignored elsewhere.

As one means tested benefit is removed in the form of the EMA on the dodgy and frankly manipulated evidence on the part of government, similar benefits for the over 65s remain completely untouched, whether that’s free bus passes, the winter fuel allowance or TV licences.

Let me make it clear, I am not advocating that the mass removal of these vital lifelines for many pensioners: that really would give credibility to baseless accusations that I’m a “Tory”. But I do think it’s both right and sensible to look at whether it is fair that over-65s on incomes of say £50,000 a year, to still receive state support – that’s not being a Tory, that’s looking at how to direct money to those who need it most.

I will continue to make the case for certain universal benefits such as the National Health Service and child benefit, but at a time of financial belt-tightening, it doesn’t sit comfortably with me that certain benefits given to the wealthiest over-65s hasn’t been given more attention, in the same way that student support is rightly targeted toward those who need it most.

The money saved from over 65s with such a suggestion would probably only run into the tens of millions, but when £250m can be found for another round of bin collections, incidentally a very similar amount that was taken away from the EMA, I am certain that the amount of money saved from over 65s could be put to better use elsewhere in the economy.

Questions will rightly be asked about whether the cost of means testing benefits such as the winter fuel allowance aren’t more expensive than simply distributing it to everyone in a particular age-range. But if this is really the case, I would ask why the same argument wasn’t afforded to the very same people advocating the removal of the Education Maintenance Allowance.

I have chosen to pick this question, although difficult, because it is a serious one.

Of course, the political reality that underpins this is actually a question of political arithmetic. It doesn’t take a great deal of electoral analysis to show that saving £50m from under 25s comes at a much smaller political cost than a similar saving from over 65s. But there comes a point, when the cumulative impact of a series of unfair and regressive decisions toward one age group just becomes too destabilising.

I remain convinced that this coalition give young people very little reason to be optimistic about the future.

So we need to make our arguments in a variety of ways. Recent moves to expose tax evasion by major corporations is long overdue and welcome, as is questioning the appropriateness of significant one-off investments such as Trident, particularly as solutions to these problems are actually a great deal more complex than the narrow debate that is often played out in the press, or indeed as I have been used to in student meetings.

I realise this debate is an uncomfortable one, but seen in a broader context of Generation Y failing to get onto the housing ladder, leaving university with spiralling debt, facing questions about the sustainability of energy and the climate more generally, and probably not entitled to retire until our 70s with pensions increasingly under threat.

It isn’t just a case that the coalition are ageist, but their consistent attacks on young people destabilise the economy and society.

• Clegg’s using the same rhetoric to justify fees rise as he used to oppose it – Aaron Porter, February 4th 2011

15 Responses to “Why are the coalition so ageist?”