Pete Challis explains how much more the rich benefit from a council tax freeze than the poor do. 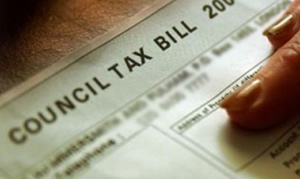 Today’s Guardian says George Osborne will announce another £800m for councils in England to pay for a second ‘council tax freeze’.

A council tax freeze is simply a tax cut for the rich.

But it also disproportionately benefits London and the South East.

But there are big regional differences in the distribution of properties between bands, as the table below illustrates: