James Leppard writes on why Richard Murphy is the most influential left-winger of the year. 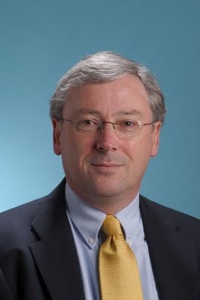 Richard Murphy is a chartered accountant, the director of Tax Research, UK, the founder of the Tax Justice Network, adviser to the TUC on taxation and economic issues, a columnist for The Guardian and Forbes.com and a regular blogger on tax reform.

Richard has written more than 350 articles in the last year.  He has given speeches at parliament and private advice to countless numbers of Labour MPs. He has worked on various projects with Demos and the PCS Union and was appointed as an advisor to the Scottish government.

His latest book “The Courageous State” is near completion and he is writing for Labour Left’s Red Book on tax evasion and its links to the deficit.  Thus, Richard has clearly been dedicated throughout the year and has shown an ethic unmatched.

Richard has made the case (pdf) for country by country reporting, this is an approach, which if adopted, would dramatically alter the nature of Multi-National Corporations and shine a light on tax havens and tax avoidance schemes. Transparency is key to avoiding a further financial crash, and Richard’s plan would help restore confidence to the markets.

Richard has fought hard to expose tax fraud in the UK. By the government’s own figures there is c.£288bn of fraud per parliament but Richard has shown the various ways that the figure is even higher than that. He has outlined specific proposals that would help solve this problem (pdf).

Richard has led the way in opposing government cuts, this was especially the case when the Labour Party had a void in economic leadership before Ed Balls was appointed the Shadow Chancellor. Cuts are not necessary, and investment promotes growth. Richard has articulated better than anyone the importance of the state as the number one customer stepping up to stimulate economic growth.

Richard has worked with environmentalist Colin Hines to show that government cuts are unhelpful and unnecessary. The reform of tax and pensions rules have the capability to release funding for green investment in the UK to provide the sustainable economy necessary to deliver a Green New Deal, with the kind of sustainable development that will be necessary to weather the triple crisis of global warming, peak oil, and economic collapse.

Through his work on the Finance for the Future project, Richard has brought forwards proposals for a new round of “Green” Quantitative Easing (pdf) to stimulate the whole economy rather than just the financial service sector working through a national investment bank to create new jobs, infrastructure, products and services throughout the whole economy including government, local government, the private sector and our homes.

This would end the costly mistakes of previous governments with schemes no longer being financed through costly PFI projects.  There is the potential for Green QE2 to be used to buy back existing PFI debt to liberate £200 billion in savings for future generations, capable of paying for green growth for decades to come.

Writing for the Guardian, Richard presented in easily understood terms, how we are headed for a second global financial crisis unless the deregulated financial markets can be brought back under control.  Recently, in September, Richard expanded on this theme in a presentation to the campaign launch of Labour Left’s Plan B for the Economy.

“Keynes and neo-liberalism have had their moment, and we cannot go back to either.  It is time for a paradigm shift in economic policy. The economic crisis that we are in now is not like 1936, but more serious, and we don’t want to have a war to get out of the situation.

“Bold solutions are required to tackle tax evasion and rebuild hope, including big investment through a Green New Deal, a percentage of the £80 billion pension funds to be used in wealth creation and markets to take part in a more mixed economy with a level playing field.”

It is for these reasons that I commend him for the award.

24 Responses to “Nomination for most influential left-wing thinker of 2010/11: Richard Murphy”