James Dixon of the League Against Cruel Sports writes about how environment secretary Caroline Spelman's claims her badger cull is "science-led" are complete nonsense. 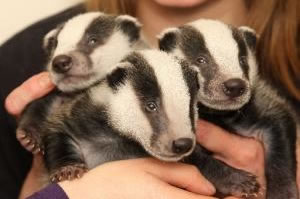 By James Dixon of the League Against Cruel Sports

The frustration writers feel when actors fluff their lines can only pale into insignificance to what scientists feel when government ministers stand at the dispatch box and butcher their work.

Take environment secretary Caroline Spelman. On Tuesday, she announced a policy of badger culling and repeatedly called it “science-led”.

“Scientists agree that if culling is conducted in line with the strict criteria identified from the randomised badger culling trial, we would expect it to reduce TB in cattle over a 150 sq km area, plus a 2 km surrounding ring, by an average of 16% over nine years.”

However, as shadow environment secretary Mary Creagh pointed out on Left Foot Forward yesterday, scientists do not agree on this point.

“The reductions in cattle TB incidence achieved by repeated badger culling were not sustained in the long term after culling ended and did not offset the financial costs of culling.”

Lord Krebs, who was the architect of the original RBCT, says culling will be futile and on the Today programme said the government had ignored the scientific advice.

“Survivors will carry the disease into areas that have hitherto been unaffected. There’s good scientific research available to show that culling badgers can make things worse and not better.”

So, scientists do not agree that culling will reduce bovine TB.

What is more shocking than trying to paint a picture of scientific uniformity on an issue everyone knows is hotly disputed, however, is that even the scientist whose research is cited by Ms Spelman as the basis of the government pressing ahead with the cull does not agree with the government’s conclusions.

She told the House of Commons:

“The question of the science is an incredibly important and pivotal point. When the previous government set up the randomised badger culling trial, the initial results showed that within the culled area, there was a significant reduction in TB breakdowns in herds.

“The perimeter of the area was where the perturbation effect was apparent. The science has continued to be monitored by Christl Donnelly, who has published and had peer reviewed findings on the long-term effect of the decision to cull badgers as a method of reducing the incidence of TB.

“In the longer term, the reduction in TB herd breakdowns is sustained within the culled area and the negative perturbation effect falls away 12 to 18 months after the culling ceases. That is the science and those are the facts.

“The scientists agree on the facts. I encourage the hon. Lady to read Christl Donnelly’s most recent publication.”

“The science published since 2007 by Christl Donnelly and peer reviewed is an important factor in the decision.”

Well, I recommend the Secretary of State read the latest scientific evidence too.

What the Secretary of State did not mention was the conclusions made by Donnelly, and her fellow scientists Woodroffe and Jenkins, in their 2010 report ‘The duration of the effects of repeated widespread badger culling on cattle tuberculosis following the cessation of culling’.

One of the principal findings of Donnelly was:

“The financial costs of culling an idealised 150 square km area would exceed the savings achieved through reduced cattle TB, by factors of 2 to 3.5.”

“Our findings show that the reductions in cattle TB incidence achieved by repeated badger culling were not sustained in the long term after culling ended and did not offset the financial costs of culling.

“These results, combined with evaluation of alternative culling methods, suggest that badger culling is unlikely to contribute effectively to the control of cattle TB in Britain.”

There is a twin tragedy about to unfold. We will see thousands of badgers culled and the farming community falsely reassured because the government wants to be seen to be doing something about the very real issue of bovine TB.

This policy is not science-led in the slightest; some scientists say it will make things worse and others say the benefits are disproportionate to the cost, a cost which the govt has asked farmers to bear entirely.

Please sign the League Against Cruel Sport’s petition against the cull.