Ahead of the vote on the second reading of the Pensions Bill today, the latest YouGov/Sunday Times poll shows the unions edging in front in the battle for public opinion. 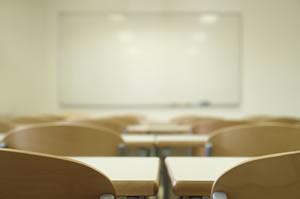 Ahead of the vote on the second reading of the Pensions Bill in Parliament today, the latest YouGov/Sunday Times poll (pdf) has revealed the unions edging in front in the battle for public opinion – with an almost equal split on Danny Alexander’s reforms and a small majority against Lord Hutton’s proposals. This may help explain the Chief Secretary to the Treasury’s rowing back on the rhetoric, in addition to reports the Treasury are reining him in.

Thirty eight per cent of those polled backed the government’s position – that pensions are currently too generous and need to be reformed – with 39% opposed to this line of thought. A quarter of those polled said public sector pensions don’t need reform, with 14% saying they are not generous enough.

Commenting on the finding’s, YouGov President Peter Kellner says the poll shows voters are “divided on the issue”, but with “the balance of opinion currently with the unions”, adding that the findings on pension reform “suggests that public opinion is not yet fixed”.

“This is a snapshot of public opinion in the early stages of what could be a lengthy struggle. Attitudes could change, as well as harden. But for the moment, the unions are narrowly ahead in the battle to woo voters.”

“Government proposals would mean half a million women having to wait more than a year for their state pension, with 33,000 waiting exactly two years longer. We all know that life expectancy is increasing, and so the state pension age needs to rise.

“But it cannot be right for a particular group of women to have their pension age increased at a faster rate than anyone else’s and with such little notice – these changes kick in from 2016, just five years from now, giving much less notice than the ten years notice that Age UK, the Turner Report and the Pensions Policy Institute recommend…

“Petitions have been delivered to Downing Street, letters have landed on MPs’ doormats, and a lobby of women have come to Parliament. Today sees the first opportunity MPs have to show they’ve listened and are prepared to act. Today is the time for MPs from all parties to honour their commitments and vote down these unfair and unjust changes.”