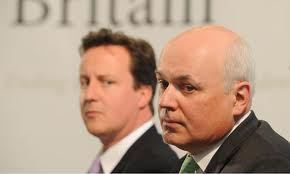 Universal Credit aims to consolidate a range of benefits and tax credits into a single payment in order to create a simpler system. As Welfare Reform minister Lord Freud recently confirmed to Oxfam, the whole amount would be claimed by one individual, or go into a joint account.

Of particular importance are the child and childcare elements of tax credits. These are currently paid to the main carer – usually the mother – and will be rolled into the single Universal Credit payment. This is problematic for a number of reasons.

Mothers usually take the main responsibility for meeting children’s day-to-day needs in low/moderate-income families. Labelling matters too: government research shows that child tax credit is commonly identified as money for children[pdf], and spent accordingly. And a study of Winter Fuel Allowance earlier this week from the IFS found “robust evidence of a behavioural effect of the labelling”.

The choice of benefit recipient within couples takes place in a context of gender inequalities. Where there is evidence, it points to men tending to make benefit claims on behalf of couples; 81 per cent of guarantee pension credit (the other type of pension credit being savings credit) claims in couples are made by men, as are the majority of joint JSA claims. Overall, however, there is a lack of evidence to support the assumption of free choice within households.

Moreover, once money reaches a household, it is often unequally distributed, as ministers acknowledge, and Oxfam research demonstrates. Nor does the government’s preferred outcome – a joint bank account – guarantee equal access to money or equality in financial matters. Women are more likely to have individual accounts, and value them for reasons of independence – a trend that is increasing.

The combination of these factors means that women often lack access to money within the household. Indeed, one in four mothers have absolutely nothing to spend on themselves [pdf], rising to a rate of one in two mothers in households below the poverty line. Benefits labelled for children are sometimes the sole source of independent income for women, helping to reduce their vulnerability to financial abuse.

By ensuring that the child and childcare elements of Universal Credit are paid to the main carer – as proposed in an amendment to the Welfare Reform Bill supported by Oxfam that went down today – parliament can help to ensure that money intended for children is paid to the person most likely to spend it on them. It would also help to give carers (usually women) in low-income households access to income in their own right.

29 Responses to “Women lose out under Universal Credit proposals”