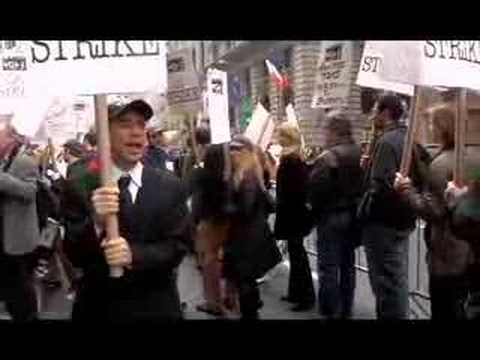 Scottish finance secretary John Swinney is this week expected to make a statement to MSPs criticising the UK government’s reforms to public service pensions and to outline the SNP’s own plans for reform.

This follows a weekend which saw the Liberal Democrat chief secretary to the Treasury, Danny Alexander, use a speech (pdf) to the Institute for Public Policy Research (ippr) to outline the government’s proposed reforms to public sector pensions, and warnings from the general secretary of UNISON, Dave Prentis, of strike action on a par with the general strike of 1926.

Of particular interest will be those council workers who constitute half of all public sector jobs and whose pensions the Scottish government has responsibility over. It is thought that whilst the SNP would prefer to take an alternative route to that being pursued by Westminster, its block grant could be cut by £100 million as a consequence of the Danny Alexander’s proposals outlined on Friday.

In a statement, a spokesman for the Scottish government explained:

“We are considering the UK government’s policy on increasing employee contributions to public service pensions by an average of 3.2 per cent.

“Ministers have deep concerns these proposals will cause major financial difficulties at this time for employees, given the pressure on budgets due to pay restraint and the rising cost of living.”

However, the Scottish TUC sees Scotland going the same way as England, with its deputy general secretary, Dave Moxham, quoted in the Sunday Herald as arguing:

“I’d be surprised if the level of anger down south wasn’t seen here too… in September or October. You are looking at the potential for fairly widespread action.”

It comes as the Item Club Scotland has warned that more than 50,000 of Scotland’s public service jobs face being cut over the next four years. It has also been forced to downgrade its growth forecasts for the next year in Scotland to 1.7%, 0.5% lower than the club’s forecast last winter, blaming inflation and low consumer confidence.

“Scotland’s economic output will not match pre-crisis levels until the second half of next year, with above trend growth unlikely before 2013. This setback can be attributed to the squeeze on households, which is proving to be greater than anticipated.”

And in a further sign of the squeeze being felt by families across Scotland, the Sunday Herald this weekend revealed figures from the homeless charity, Shelter, that show roughly one in ten working Scottish households are facing the threat of home repossession, with small changes in the cost of living potentially forcing many out of their homes altogether. Of those surveyed, 57% said a 0.5% rise in interest rates could push them over the brink and make them homeless.

Warning of a “perfect storm” Gordon MacRae, head of communications and policy at Shelter Scotland told the Sunday Herald:

“The taxpayer is going to have to foot the bill for thousands of people becoming homeless. We are gearing up for a perfect storm. Wages have been frozen, household bills are up, food is up and mortgages are costing that little bit more.

“More and more people are worried about how they are going to put a roof over their family’s head. This is not just people who have experienced forms of crisis throughout their lives, but a new demographic of potentially homeless people who have never missed a rent or mortgage payment.

“Everything has gone up in price, while the average wage has not increased. Unless something changes soon, more people are facing the very real prospect of losing their home.”