The British public share Rowan Williams' concern that "we are being committed to radical, long-term policies for which no one voted". 55% supported his statement with just 15% opposed. 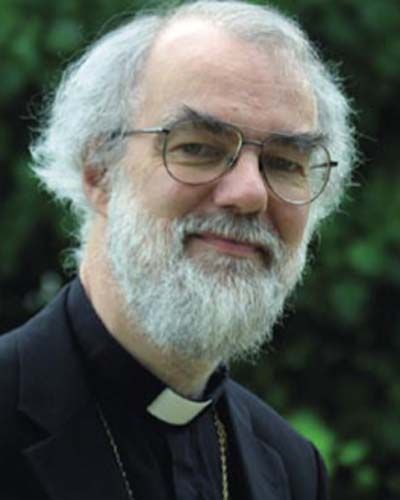 An overwhelming majority of the British public share Rowan Williams’ concern that “we are being committed to radical, long-term policies for which no one voted”.

New polling from Populus, which the Times chose not to report today, reveals that 55% of the public agree with the statement that, “The Government is undertaking big reforms to the economy, health and education which it didn’t tell you about during the General Election campaign last year”. Just 15% disagree – a margin of close to 4-to-1.

In an op ed for the New Statesman last week, Rowan Williams wrote:

“With remarkable speed, we are being committed to radical, long-term policies for which no one voted. At the very least, there is an understandable anxiety about what democracy means in such a context.

Not many people want government by plebiscite, certainly. But, for example, the comprehensive reworking of the Education Act 1944 that is now going forward might well be regarded as a proper matter for open probing in the context of election debates. The anxiety and anger have to do with the feeling that not enough has been exposed to proper public argument.”

The Archbishop of Canterbury may not, however, have been the best deliverer of the sentiment since the poll showed that 47% felt it was not his job to “criticise Government policies, whether some people share those criticisms or not”. But the poll reinforces the Observer’s leader article which argued that Williams’ intervention offered a “lesson in Opposition for Mr Miliband“.

The Populus poll also sought to get to the bottom of public opinion on the Conservative party’s welfare reforms. Williams wrote about “a quiet resurgence of the seductive language of ‘deserving’ and ‘undeserving” poor'” and the “the steady pressure to increase what look like punitive responses to alleged abuses of the system”.

Iain Duncan Smith claimed in an interview with Newsnight that he had “never used the language of the deserving or undeserving poor”. Not everyone’s convinced of the veracity of this claim and IDS’ colleague George Osborne has certainly compared hard woking families with those making a “lifestyle choice” to live on benefits. The truth, of course, is that benefit fraud costs just £1 billion while the Coalition are determined to slash £18 billion from the welfare budget. But the poll, unfortunately, avoided the opportunity to drill down into the emotive topic and instead used a leading question to ask whether the Government was “right to want target undeserving benefit recipients and to take payments away from those who abuse or cheat the system”. Unsurprisingly 80% agreed.