Scotland’s Cabinet secretary for Parliamentary Business and Government Strategy, Bruce Crawford has called for reforms to the way Holyrood operates. 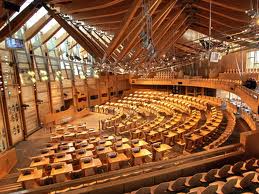 Scotland’s Cabinet secretary for Parliamentary Business and Government Strategy, Bruce Crawford has called for reforms to the way Holyrood operates. His calls come amid on-going concern that in a unicameral parliament, an SNP majority government holds the post of first minister, presiding officer and a majority of places on the parliament’s committees with few effective checks and balances.

One Labour MSP, former minister and a candidate for the post of presiding officer following May’s elections, Hugh Henry argued:

In response to such concerns Mr Crawford has called for a review of Holyrood’s operations with suggestions including:

• Encouraging committees to bring forward their own bills;

Writing for the Scotland on Sunday newspaper, the minister argued:

“Holding the government to account may seem more relevant now that there is a majority government but this is not the first time such a majority has held sway across Parliament – the first eight years were dominated by a coalition which also held a majority of committee conveners and members.

“I have already taken steps to ensure the smaller parties have committee places and that the Liberal Democrats are represented on the Parliamentary Bureau. But we need to go further.

“Throughout all this one thing is clear, any review must be done with cross-party agreement. As politicians we learned a lot about consensus politics during the last Parliamentary session of minority government. We should be able to carry that attitude into looking at how to reform and renew the Parliament during this session.”

For Labour, its business manager in the parliament, Paul Martin, while welcoming the principle of reforms to an institution that just isn’t designed for majority, single party government, warned:

“But these suggested reforms don’t change the fact that by dominating every committee and then electing one of their own as presiding officer the SNP are already acting as judge, jury and executioner.

“Labour will engage positively with this process to ensure the parliament lives up to the expectations of the people of Scotland and will bring forward its own proposals to make the parliament more accountable.”

The calls for reform come after the former first minister, Jack (now Lord) McConnell, in February, called for fundamental changes to the way the Scottish Parliament operates in order to become more relevant and interesting.

Meanwhile as the prime minister prepares this week to visit Scotland, Conservative and Labour politicians were, this weekend, reported to be calling for the former Home secretary, Lord John Reid to lead the charge against Alex Salmond’s independence campaign.

Having stood alongside David Cameron in the No to AV, one Conservative source, recognising that their party could not possibly lead the campaign in Scotland argued:

“Given the political landscape, the front person would have to be a Labour politician and John Reid would be an obvious figure. He is a big Labour hitter and he is somebody who would take on the Nats effectively.”

The speculation comes amidst growing concerns within the pro-union parties that the union is under the most sustained threat its faced for many years, with Alex Salmond having not been effectively challenged on his calls for independence.

It has led to suggestions that David Cameron is to establish a committee of Scottish ministers including defence secretary Liam Fox and education secretary Michael Gove to spearhead efforts to thwart independence. It is also reported that shadow chancellor Ed Balls is to establish a similar body of Scottish Labour MPs to lead the party’s efforts to fight for Scotland’s place in the UK.

Welcome though the new found burst of activity is, by those in favour of the union, to succeed the no to independence group must be a grass-roots based movement, completely cross-party in its operations, and ensure that the messages remains clear and consistent. The lesson from “Yes to AV” should be that without a clear message to the public the campaign will go nowhere.

2 Responses to “Calls for Holyrood reform, as ‘no to independence’ campaign gets serious”