Willie Walsh has probably killed off the third runway at Heathrow with the admission by the British Airways (BA) chief executive that it will "never be built". 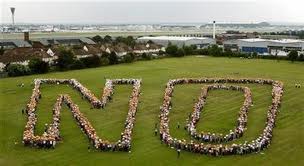 By John Stewart of AirportWatch

Willie Walsh has probably killed off the third runway at Heathrow. The admission by the British Airways (BA) chief executive, at The Times CEO Summit yesterday, that “a third runway will never be built at Heathrow” is hugely significant.

For years British Airways has been the most powerful advocate for a third runway. The airline argued it was essential to their business model which was based on large numbers of passengers interchanging at Heathrow from long-haul intercontinental flights to short-haul hops to European destinations.

Yesterday Walsh admitted that it was planning to use Madrid Airport for much more of this ‘hub’ function. BA is well-placed to do this as it recently formed an alliance with Iberian Airlines. It is this admission which has effectively killed off the third runway at Heathrow. The biggest user of the airport is now basing its business plans and projections, on life without a new runway.

There will continue to be business voices calling for a third runway but, without the backing of BA, they will diminish in significance.

Willie Walsh hinted yesterday that the UK economy would be the loser if the number of passengers interchanging at Heathrow could no longer grow. There is no hard evidence to back this up. The seminal CE Delft report – The economics of Heathrow expansion, published in 2008, (pdf) – found that, because of London’s attractiveness to international firms as a place to do business, the number of flights using Heathrow would continue to be high enough to provide excellent international connectivity without a new runway.

Furthermore, London is already the best-connected city in the world. In 2009, the last year for which full figures are available, over 130 million passengers used London’s five airports – more than any other world city. Paris was London’s closest European competitor with just under 86 million passengers using its airports.

There is no doubt the government, under pressure from some Conservatives to reconsider its decision to rule out new runways in the South East, will welcome Willie Walsh’s statement. The intriguing question is how Labour will react.

As part of its wide-ranging policy review it is, under Shadow Transport secretary Maria Eagle, asking all the right questions about aviation. My own view is that, however many fresh aviation policies Labour develops, unless it drops its support for a third runway at Heathrow, the public perception will be that nothing has changed. Willie Walsh’s statement should make it easier for Labour to say ‘no’ to a third runway.

7 Responses to “How will Labour react to news BA have given up on third runway?”