Barnet council's audit committee was held in front of a packed room last Thursday - as residents heard a dmaning indictement of the Tory council. 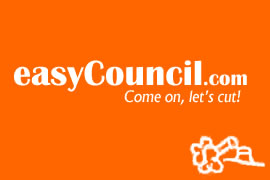 Local councils’ audit committees are usually poorly attended. But Barnet council’s was held in front of a packed room last Thursday, as local bloggers and residents heard a damning indictement of a council that had been proclaimed as a Tory trailblazer.

How this came about, however, began in March, when the Ham and High exposed the news that a security firm, Met Pro Rapid Response – tasked with providing the security for the budget cuts council meeting of Barnet Council – covertly and illegally filmed residents, councillors and campaigners which attended the meeting.

This revelation was only exposed due to a director of Met Pro disclosing this through casual conversation to me at a local Area Forum. However, once further invetsigations were conducted, the true scale of problems of associated with the firm – that provided security across a range of council sites – was exposed.

Local bloggers worked to expose the Met Pro as a company which lacked the necessary SIA licenses to practise security, did not have any CRB checks on staff – many of which were working with vulnerable people in Barnet – and did not even have a contract with the local authority, simply an informal arrangement.

Bloggers such as Mrs Angry, of Broken Barnet, Rog T of the Barnet Eye and Mr Reasonable, and others, decided to dig deeper, searching through companies house records, and placing a great many freedom of information requests to Barnet Council.

What did this expose?

Barnet Council had paid Met Pro Rapid Response over £1.2m over the past five years, and the Council had no records of the procurement process, it had no evidence of what tasks this company had performed for the council, it had no written evidence confirming that Met Pro’s staff were CRB checked, and that it lacked the proper SIA licenses to be practising security.

The investigation also exposed that various incarnations of Met Pro companies went into liquidation several times over this period and Barnet Council were none the wiser, until this was exposed through Companies House disclosures. After this had been exposed, residents and bloggers called for an independent investigation into this scandal. However, opposition councillors’ calls for an investigation were ignored by the ruling Tory group.

The compromise was a referral to the internal audit committee of the Council, the only committee chaired by an opposition member – in this case, Liberal Democrat Lord Monroe Palmer. The remit of the audit committee was limited to the financial issues surrounding the arrangement between Barnet and this security firm.

Now what has this got to do with mass outsourcing?

In 2009, Barnet launched its ‘Futureshape’ programme, which it claimed would revolutionise the way in which local services are delivered. The national media – encouraged by the council – decided to give this the title ‘easycouncil’, a no frills delivery of local government, which was entirely reliant on the competence of its procurement and outsourcing procedures to ensure best value for money for residents.

The then leader of Barnet council, and now the heir to Margaret Thatcher in representing the Finchley and Golders Green constituency, Mike Freer MP hailed this new cutting edge programme as the future for local government, describing himself as the architect of this new model. At the time, he denied that Futureshape was simply a cover for outsourcing and reducing the role of the state. He stated:

“We never said this was about rolling back the frontiers of the state. This is about making the public sector work efficiently and eventually getting out of the way.”

Whatever’s Freer’s actual intentions, his Thatcherite successors took his vision for local government further, and accelerated the mass outsourcing. Since then, Futureshape, which has been rebranded as oneBarnet has been pursuing faster outsourcing and privatisation of all manner of services, essentially reducing Barnet Council to a contract awarding body.

Fast forward to the meeting of the Audit committee of the Council last Thursday – an event that usually attracts no members of the public. Not this time – the committee room was full of concerned residents, councillors and senior council officers, including the council Chief Executive, Nick Walkley.

The agenda for the meeting was to cover two reports. The Met Pro Audit report and the annual audit report. The Met Pro report was scathing in its criticism of Barnet’s procurement procedures.

“The Council has failed to comply with its CPR and Financial Regulations, exposing the Council to significant reputational and financial risks. Internal Audit cannot give assurance that this non-compliance is an isolated incident, due to a lack of an accurate and complete centrally held contracts register and effective monitoring arrangements.

“Contract monitoring arrangements were ineffective to monitor all aspects of service delivery, including compliance with the required licence arrangements. Inadequate controls, monitoring and record keeping were in place by officers responsible for procuring services from MetPro at a local level.”

“Contract Management/Procurement – there is an absence of signed contracts and sound contract management generally across the Council. In addition to individual service areas we reviewed corporate procurement and found that the devolved process has not been successful due to the lack of monitoring of compliance with contract procedural rules and a lack of a complete and accurate contracts register.”

This is a damning indictment of the EasyCouncil – it has followed the path of Suffolk Council. Suffolk has now suspended their mass outsourcing programme. Will Barnet follow Suffolk and avoid a catastrophe?

“I identified £900m of savings so Q tabled to Cab Office Minister about Govt. Efficiency prog. Will be interested to see what they’ve done.”

Ministers should cautious of advice on efficiency savings from Mike Freer. Easycouncil, mass outsourcing and the loss of £27m in Icelandic banks should serve as enough of a warning.