Further evidence has come to light on the extent of Tory funding for the 'No to AV' campaign, including its Labour subsiduary. 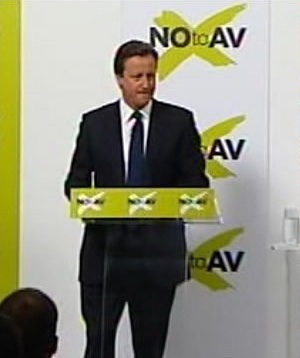 Further evidence has come to light on the extent of Tory funding for the ‘No to AV’ campaign, including its Labour subsiduary. Following this blog’s questioning of No to AV’s cross-party status, the Guardian have reported that 42 out of 53 of its named donors come from Tory sources.

The newspaper reports that contributers include John Nash, who as previously highlighted on Left Foot Forward, owns a healthcare company which is all set to benefit from the NHS reforms introduced by Andrew Lansley – to whom he has also donated. Other contributors include Jonathan Wood, the biggest shareholder in Northern Rock who tried to sue Gordon Brown’s government for the handling of the the bank’s nationalisation

Margaret Beckett who supports No to AV, and is also a member of the committee on standards in public life, which is reviewing political funding, said:

“The people who have the money are people who fund the Conservative party… It’s a necessary evil.”

In a previous statement from the No campaign speaking to Left Foot Forward they stated:

“NO to AV are the officially designated national ‘no’ campaign, Labour NO to AV are a permitted participant at the referendum targeting Labour Party supporters.

“NO to AV share staff, premises and other resources with Labour NO to AV.”

So we now know that, despite having support from a large share of the parliamentary Labour party, the Labour No campaign is almost completely funded by Tories.

Tessa Jowell, who is campaigning for a yes vote, pointed out that No to AV, still have not revealed all their donors: