The real agenda of the backers of Andrew Lansley's ill thought out health reforms is to cut the front line and introduce upfront payments, writes Daniel Elton. 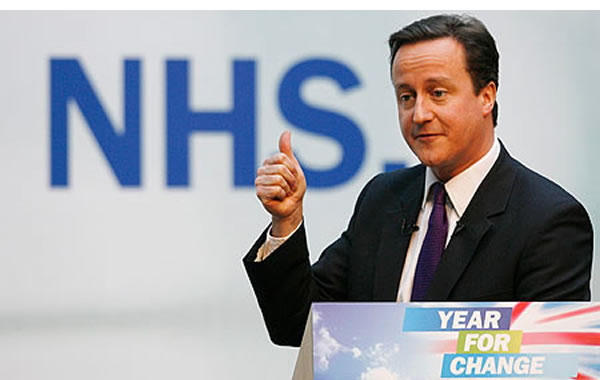 The official line on the health reforms from David Cameron, Andrew Lansley and Nick Clegg is that the proposed changes keep the principle of an NHS free at the point of delivery, reduce bureacracy and protect frontline staff. Obviously health and social care bill cheerleaders free market think tank Reform – who are, for some odd reason, a charity – missed the memo.

In its submission to the government’s listening exercise it castigates the coalition for its rhetorical soppiness over the NHS bill and insists that ministers stop arguing:

“In fact the “front line” accounts for over 80 per cent of NHS staff and hospitals account for around 60 per cent of the budget. “Protecting” these areas amounts to a veto on any real change at all.”

Most provocatively of all, Reform want to introduce upfront payments into the NHS:

“Deliver a sustainable NHS by combining taxpayer and private payment, again on the model of most other countries.”

This, despite all the talk of the need for increased NHS efficiency, the UK having  one of the lowest health spends in the developed world.

This could be dismissed as the wild-eyed dreams of a turbo-thatcherite think tank, except Reform is rather more important than that. As previously reported on Left Foot Forward, it is part of a web of think tanks, lobbyists, health corporations and politicians who have been driving the NHS reform process.

Reform sub-group ‘Doctors for Reform’ is chaired by Dr Paul Charlson, who is also chair of Conservative Health, formerly known as the Conservative Medical Society and directly affiliated to the Conservative Party.  Another sub-group of Reform, Nurses for Reform, is headed up by Dr Helen Evans who has called the NHS a ‘Stalinist abhorrence’ and a ‘sixty-year mistake’ was invited by the David Cameron for a one-on-one meeting before the election where she expounded such ideas as:

“…the view that the state should not own or have any of its agents manage hospitals,[and] a world of widespread health advertising (to overcome problems of patient ignorance through trusted brands).”

In fact the revolving door never stops: Reform’s deputy director Nick Seddon was previously communications director for private hospital firm Circle, where he was replaced by ex-Andrew Lansley aide Christina Lineen.  Reform itself has received thousands of pounds of donations from the private healthcare industry including General Healthcare Group, whose Chairman, Sir Peter Gershon, David Cameron appointed to advise the Conservatives on how to cut the public sector.

When you see whose for the the NHS health reforms, its not hard to see why so many are against them.

Nurses for Reform is not linked to Reform, but does have deep links to the equally anti-NHS Adam Smith Institute. Further investigation has found that Reform is also funded by private healthcare providers GE.