Dominic Browne reports on the Labour NO to AV campaign and the support they receive from Tory donors. 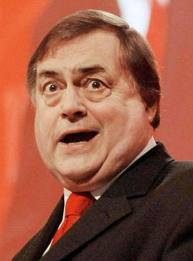 This morning Left Foot Forward reported on the level of funding for the NO to AV campaign that comes from Tory donors. We can now reveal that Labour No to AV are a permitted participant of the same campaign and can share in the same funds.

In a statement made by NO to AV, the campaign explained:

“NO to AV are the officially designated national ‘no’ campaign, Labour NO to AV are a permitted participant at the referendum targeting Labour Party supporters.

“NO to AV share staff, premises and other resources with Labour NO to AV.”

A spokesman for NO to AV confirmed that Labour No to AV share office space, reception services, accounting services, legal services, staff, and funding with them.

The director of Labour NO to AV, Joan Ryan, a former vice chair of the Labour Party, said:

“After 13 years as a Labour MP I know Labour MPs work very hard for their constituents, but the Yes campaign want people to believe that they’re all on the take.

“At Labour NO to AV we have the support of over half of the Labour Parliamentary Party and over 700 Labour councillors from across Britain.”

As The TaxPayers’ Alliance – where No2AV director Matthew Elliot is chief executive – accounts for gifts in kind such as staff time as financial support, we think it’s only fair to do the same.

8 Responses to “Labour NO to AV: Roses growing on a thorn bush”