Sue Marsh from Diary of a Benefit Scrounger, reports on a concerted effort in the right-wing press to prevent any real debate over benefits. 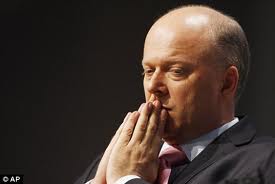 According to the the Express, Tory MP Philip Davies joined the outcry, saying:

“People are sick to the back teeth of being taken for a ride by people sponging and scrounging and abusing the system.”

While the Mail screams:

“Scandal of 80,000 on sickness benefits for minor ailments… including diarrhoea.”

To accompany the claim that “drug addicts” have been allowed to claim, they included a picture of someone snorting white powder through a rolled up note.

The papers go on to list “blisters”, “headaches”, “depression”, and “problems with scholastic skills” as evidence that there are hundreds of thousands of people living the good life at “taxpayers” expense who have nothing really wrong with them.

I have “diarrhoea” but why? Well, because of the 32 growths I’ve had to have removed from my guts and the seven major operations to remove rotten lengths of bowel, leaving me with half as much intestine as your average ill-informed hack.

My friend has “blisters.” She suffers from the rare skin disease Epidermolysis Bullosa. Her skin blisters and comes away at the lightest touch, leaving her scarred and in constant, terrible pain.

“Headaches?” Cluster headaches (also referred to as “suicide headaches”) are thought to be one of the worst pains known to man, not something to be confused with a hangover.

I could go on, but I’m sure you’re beginning to see why these horrible articles, fuelled by “statements” today from Chris Grayling, minister for Work and Pensions and our very own prime minister, only serve to turn a sensitive, delicate subject into a form of attack. They aim to pitch one condition against another whilst asking more fortunate citizens to view those who are unwell with mistrust and contempt.

Perhaps there is a legitimate debate to be had over which conditions “hard working tax-payers” are willing to support. There is certainly some validity in the claim that many sick or disabled people would love help and support to find a job.

However, surely none of us agree that this is the way in which to conduct that debate? Surely allowing our politicians and our media to whip up hate and prejudice against a particular group of society is something we should all be ashamed of?