Councillor Neil Coyle, director of policy for the Disability Alliance, reports on the government's refusal to act on public concerns over disability allowance reforms. 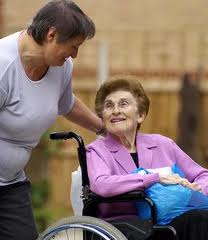 Neil Coyle is director of policy for the Disability Alliance and a Labour Councillor in Southwark; he writes here in a personal capacity

The Department of Work and Pensions (DWP) describe the level of responses as:

“One of the biggest ever consultations… with more than 5500 responses from disabled people and disability organisations.”

Disability charities have witnessed massive levels of concern over the future of support. Over 1,750 people contacted Disability Alliance alone to outline fears over the impact of the cuts. After such a significant level of interest and concern, DWP responded to the consultation on 5 April announcing… absolutely no change to plans.

Despite the high level of responses and fears, the government is ploughing ahead with a £2.17 billion reduction in support – and even remains committed to axing mobility support for almost 80,000 disabled people living in care homes.

This is despite the following exchange at PMQs on March 23rd 2011:

Ed Miliband: “Will the Prime Minister explain why he proposes to remove the mobility component of disability living allowance from 80,000 care home residents?”

David Cameron: “The short answer is that we are not.”

For the record; clause 83 of the welfare reform bill will remove eligibility for the DLA replacement (Personal Independence Payment) benefit from care home residents from March 2013. If you live in a care home you will not qualify for support and DWP have confirmed that the government has no plans to amend or remove the clause.

The government’s decision to continue on a path which will deny help to thousands of disabled people and leave many more families in poverty is a bitter blow. It is hugely disappointing for the many disabled people and their families who have raised concerns in an apparently vain attempt to ensure their voices were heard.

But the government’s response to the formal consultation also fails to answer queries concerning the potential knock-on costs to other public services of cutting direct help. A loss of direct support may reduce ability to manage health conditions and could require avoidable (and expensive) hospitalisation for example. Families also report potentially seeking council funded residential care home placements for disabled loved ones if current DLA support to live in the family home is lost.

Councils may not have resources to help under broader government cuts of course.

A consortium of organisations and individuals are now delivering a direct action “disability lobby” and march on Westminster on May 11th 2011 in one further attempt to ensure parliamentarians and government understand the potential impact of the cuts.