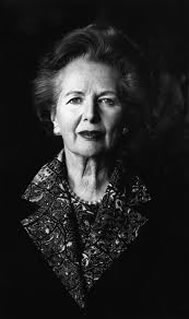 “Characteristics of a popular politician: a horrible voice, bad breeding, and a vulgar manner.” – Aristophanes 4th century BC

Margaret Thatcher’s popularity is in some quarters enduring and devotional. Although you either love her or hate her, for those on the left, Thatcher was less Marmite, more Kryptonite. Disguised as a humble grocer’s daughter and housewife with a handbag, Thatcher was in fact a free-marketeer super-hero with special powers to shrink the state.

Foes of socialism and collectivism melted before her. She privatised and deregulated everything in sight, from railways and airplanes to houses, labour markets and the stock exchange.

To many on the left, Margaret Thatcher became the face of evil, an iron gargoyle to recoil against. The last time I wrote about her for the New Statesmen, one critic said the reason we hate her so was because she held up a mirror to the failures of the left. There’s something to be said for that. The winter of discontent wasn’t just on our watch, it was of our making.

Though the late 70s were also the fag-end of postwar decline following the end of empire – something no government could reverse – we have to accept we screwed it up. Uncollected rubbish, unburied corpses, unrepentant unions, unacceptable chaos. Although James Callaghan received more vitirol than he deserved for holding public sector pay rises to 5%, the fact is that IMF ‘supervision’ of the UK economy sank Labour’s chances.

Thatcher’s success could not have happened without our failure. Of course, other things helped her too once she was in Downing Street, not least a war and an assassination attempt.

But on the 100th anniversary of International Women’s Day this month, it’s worth asking whether Britain’s first woman prime minister can escape the cartoon hate figure and become a heroine for women. For instance, many girls who grew up under Margaret Thatcher (I was 11 when she arrived at Downing Street, 23 when she left) knew in their hearts for the very first time that women could get to the top.

Margaret Thatcher also arguably fostered a greater entrepreneurial spirit in Britain, for men and women. And she undeniably restored a sense of pride to some parts of British society (especially the most and least privileged). She became a world figure who put Britain back on the world map when we seemed to have slipped off.

It’s surprising that in her early political career, Thatcher was one of the few Conservative MPs to support a bill to decriminalise homosexuality, and also voted in favour of David Steel’s bill to legalise abortion. But in some ways she was a Victorian leader, voting against relaxing divorce laws, supporting the death penalty, and pressing for the re-introduction of flogging. If you listen to her interview on the steps of Downing Street in 1979, she sounds like a cross between Enid Blyton and the Queen.

Over the years she improved her voice. But her real genius was that she was vulgar in the original Latin meaning of the word: to divulge to the common people. She offered working people what they’d previously been denied – home ownership, share ownership, and a feel-good factor about worshiping private ownership. She didn’t just sell houses, she sold aspiration.

She was a bit like the National Lottery – she “freed” ordinary people to dream they could be millionaires, but actually took money out of their pockets. She vanquished Keynes, idolised von Hayek, turned citizens into consumers, left manufacturing for dead – and flattened trades unions and communities along the way. When Margaret Thatcher stood on the steps of Downing Street and quoted St Francis of Assisi – “where there is discord may we bring harmony” – she was either ironic or mad.

She brought Britain many things, but not harmony.

Depending on your viewpoint, Margaret Thatcher either saved Britain, or destroyed it. On balance, I’ll always think it was the latter. Yes, growing up she made me believe that women could get to the very top. But at the same time, it was always clear that she deftly climbed through a trap door in the glass ceiling only to let it slam shut behind her.

Yes she was a popular politician. Yes she was a historic Prime Minister. But no, she can never be a heroine for women.