Far right Tory MEPs Daniel Hannan and Roger Helmer were among those to vote against Timothy Kirkhope, the official Tory candidate to lead the ECR group in the European Parliament. 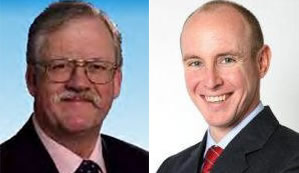 As regular readers will know, Left Foot Forward has been tracking the progress of the Conservative’s ECR group in the European Parliament which has lurched from farce to farce since it was created in July 2009. Last night the ECR elected its new leader to replace the controversial Polish MEP Michal Kaminski, who had been forced out after leaving his Law and Justice party (PiS) to set up a new party called Poland Comes First, although he still remains a member of the ECR.

The 55 ECR MEPs were presented a choice between three candidates:

• Polish academic Ryszard Legutko, whose views on homosexuals make Kaminski (whose references to ‘faggots‘ caused uproar) look like a gay-rights campaigner; and

• Czech MEP Jan Zahradil, whose only claim to fame was his strong support for the widely discredited documentary “The Great Global Warming Swindle”.

A fairly easy choice you might think for a group that is smaller than the Green group of MEPs and struggles to be taken seriously in the Parliament, especially considering that 25 of the group’s MEPs are Tory. Think again. Zahradil defeated Kirkhope by 33 votes to 18 – meaning a large proportion of the Tory delegation voted against their own officially-endorsed party candidate.

Who says loyalty is dead in British politics?

Left Foot Forward can reveal that, surprise, surprise, two of the Tory MEPs to vote for Zahradil were the darlings of the Tory far-right and climate change denial gang – Roger Helmer and Dan Hannan.

Helmer, who briefly had the Conservative whip removed in the last legislature under Kirkhope’s leadership, hailed a “great result”. Meanwhile, Hannan described Zahradil as “a first-rate man, a proper Eurosceptic, a free-marketeer and an Atlanticist” adding that he had “been trying to persuade him to take on this job for the better part of a decade”. Given that the ECR has existed for just over 18 months it’s difficult to see how Hannan can claim this.

Hannan immediately argued on his Telegraph blog that the fact that Zahradil “won the support of a majority of British Conservative MEPs” shows that Tory MEPs were “evidently less xenophobic than some of (our) Labour colleagues”. Aside from being disingenuous nonsense, it shows that Hannan evidently doesn’t have much contact with his fellow Tory MEPs.

The truth is that last night the Tory MEPs voted themselves and their political group further into irrelevance. Although Zahradil has promised that the Polish MEPs will be given a Vice-Presidency of Parliament, a promise which he cannot guarantee, there is talk about the Polish delegation and some Conservatives seeking to re-join the EPP (although the EPP are adamant they will not take back the Tories).

So it may well be that by voting against their own man the Tory eurosceptics have sunk the final nail into the ECR’s coffin.

33 Responses to “Latest ECR farce: Tory MEPs vote against their own leadership candidate”