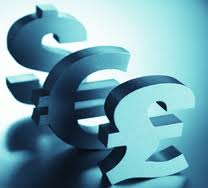 Political economy dictates that post-recession spending cuts are absolutely necessary in order to maintain economic stability. Not because spending cuts are the only way of dealing with budget deficits (in 1945, the UK’s finances were in a far more parlous state than now and it went on to build the NHS and the welfare state without cataclysmic events ensuing), but because they are mandated by the three pre-eminent global credit rating agencies – Fitch, Moody’s and Standard & Poor’s.

Together, these three institutions operate to shield national economies from the Damoclean terror of the bond markets so long as their governments comply with the economic orthodoxy. By downgrading sovereign debt, they can throw those same economies to the wolves the moment they step out of line.

These three agencies have cornered the market in financial advice and in effect make up a global oligopoly that has the power to destroy economies through their grip on the cost of public sector borrowing.

Public sector spending cuts have been imposed on Europe in order to facilitate a return to corporate profit following the huge financial dent caused to corporations and the super-rich by the collapse of Lehman Brothers and the recessions that subsequently engulfed Western economies.

Over the last two years, throughout austerity Europe, corporation tax rates have been falling. The UK government’s own cut in corporation tax from 28 to 24 per cent makes an irrelevance of the UK bank levy and will not encourage corporations to invest in jobs as tax relief on investment has also been cut.

Governments that aren’t being seen to shrink the state and cut taxes for the elite risk having their national credit ratings downgraded.

Greece’s financial trouble for instance was sparked not by its inflated deficit, but by the downgrading of its government debt by the credit rating agencies. This had no basis in market fundamentals. However, it caused the cost to Greece of servicing its debt to spiral out of control. Thus forcing Greece to go cap in hand to the EU and IMF for a loan guarantee and brutally slash public spending and cut taxes for corporations.

This condemned millions of Greeks to a lifetime of penury, as public sector cuts act as the quid pro quo for the credit rating agencies bumping Greece’s credit rating back up, thus calming the bond markets and staving off financial ruin.

Greece’s inflated budget deficit was principally the fault not of the accounting practices of Greek governments but of the incompetence and dangerous practices of the credit rating agencies. Agencies enriched by the very banks they were supposed to be regulating.

The irony for Greece is that the austerity programme that has been forced on it in return for having its credit rating upgraded, makes it even harder for its economy to emerge from recession, let alone grow sufficiently to bring its deficit under control and pay off its debts.

The European Commission has proposed the creation of an independent European Credit Rating Agency which, if established, would counterbalance the influence of the private credit rating agencies, operating with greater transparency and a greater focus on economic sustainability and the fundamentals of the real economy. This would help to create a more stable global financial system, less focussed on short-term profit, and make it easier to conduct public policy in a way that prioritises the interests of ordinary people rather than those of the financial and corporate elite.

72 Responses to “Rating agencies: The unaccountable oligopoly that can destroy economies”