Ed Jacobs reports on the end to the policy of 50/50 representation in Northern Ireland's police force. 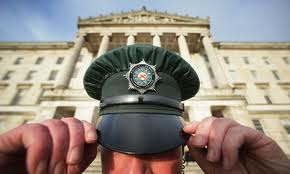 Policing in Northern Ireland has today reached a new milestone as the era of 50/50 recruitment has been drawn to a close.

Recommended as part of the Independent Commission on Policing in Northern Ireland (the Patten Report) the introduction of the 50/50 rule was aimed at addressing the problematic imbalance in the police service which in 2001 was 8.2% Catholic and 91.8% Non-Catholic.

Outlining the importance of the policy, Hugh Orde, the former chief constable of the Police Service of Northern Ireland (PSNI) has concluded that without the measure:

“We wouldn’t have achieved the community confidence necessary to drive the reform programme forward.”

However, amidst growing confidence in the political institutions at Stormont, and with powers over justice and policing having successfully been devolved in February, the Northern Ireland Office published a consultation on its future.

In announcing the government’s intention to bring the policy to a close, Northern Ireland secretary Owen Paterson last week explained:

“Some ten years after the introduction of the provisions, a significant proportion of serving officers – currently 29.76 per cent – are now from a Catholic community background. This is at the top end of the critical mass identified by Patten. It represents a tremendous change since the time of the Patten report when only 8.3 per cent of Royal Ulster Constabulary officers were from a Catholic community background.

“Last year also saw the completion of devolution, with policing and justice powers transferred from Westminster to the Northern Ireland Executive. With this transformation in the composition of the PSNI and Northern Ireland ’s continued political progress, the use of these special measures can no longer be justified.”

“Northern Ireland has changed significantly since the provisions were first introduced in 2001 and I believe the PSNI will continue to attract excellent applicants from all sections of our community without the use of the temporary provisions.

“I am acutely aware of the value of having a police service which is reflective of the entire community and with the community in Northern Ireland becoming more diverse this becomes increasingly important.

“The PSNI will continue with their outreach work and I have no doubt that community leaders will continue to encourage their communities to apply to join the PSNI and give the PSNI their support.”

However, despite the minister’s broad welcome, divisions remain between republican and unionists in a sign that, whilst progress has been made, the issue of policing remains a sensitive and emotive issue.

For the DUP, Jonathan Bell, the party’s representative on the policing board, welcomed the step, concluding:

“State sponsored sectarian discrimination was unjustified when it began and the ending of this unjustifiable practice is a positive move for policing.

“Many of our young men and women bear the scars of having proven themselves worthy and achieved their place in the merit pool but received their rejection letter because they hung their hat in a Protestant church on a Sunday morning.

“We need their skills and expertise. Today the gates of fairness have been opened up. Today is a good day for the merit principle.”

His word’s follow an investigation by the Newsletter last year which found that almost 1,000 Protestants who had reached the required entry standard had been rejected by the PSNI. During the same period not a single Catholic who passed the selection tests was turned away.

Republicans meanwhile have argued that whilst progress has been made, the 50/50 rule is still needed to ensure a proper balance within the police service. For Sinn Fein, its South Belfast MLA and policing board member, Alex Maskey argued:

“No police service, anywhere in the world, cannot simply expect the total support of the community if it is not fully representative of that community.

“Clearly progress has been made in relation to policing but that has been slow and painstaking; collectively we still have some way to travel yet.”