Ministers are now aware of the lack of powers that OFFA has, which leaves them with a couple of problems, writes Sally Hunt, general secretary of the University and College Union. 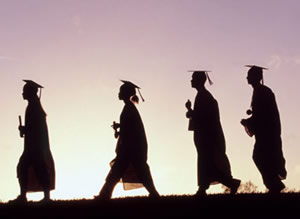 It has been quite an embarrassing period for ministers presiding over the current mess that is university fees. The head of the access regulator, Sir Martin Harris, has said that the regulator, the Office For Fair Access (OFFA), cannot legally enforce a fee level for a university. The news seems to have come as a surprise to the government, despite the fact that I wrote recently on Left Foot Forward about the toothless nature of the regulator.

Ministers are now aware of the lack of powers that OFFA has, which leaves them with a couple of problems. The government has done its financial modelling on universities charging an average fee of £7,500.

However, if the average fee is higher than this then the government won’t have enough in the kitty to pay universities. This is because students pay the fees back after they graduate, at a higher rate of interest than they currently are charged, and the government stumps up the money up front.

The other problem is that Liberal Democrat MPs are desperate that not all institutions charge high fees so it looks like the access agreements given to them as a sop for breaking their election promise to vote against fees was some kind of reasonable concession. Keen not to walk into a row about forcing universities to set certain fees levels, David Willetts instead said today that the government would look at ways to withhold other streams of funding if universities refused to play ball on fee levels.

Unfortunately that leaves him with another problem. The government’s decision to axe 80 per cent of the teaching budget – including the entire teaching budget for arts and humanities – means universities will need to charge an average fee of close to £7,000 just to recoup lost funding. Many newer universities who focus mainly on arts and humanities will have to charge even higher fees.

The whole thing is a complete farce at present. Universities are essentially being told they cannot charge the fee they need to recoup money that government has cut, but at the same time that they must offer a better quality experience because students are paying higher fees.

The minister also today announced plans for a student charter, which will set out what students can expect from their course, what it will cost, how many contact hours they will receive etc. Although conceived with students’ best interests at heart, the government is providing them with a charge sheet if they do not feel they are getting value for money.

Unless the government looks again at its devastating cuts to teaching budgets, we will see even bigger class sizes and an inevitable drop in the quality of the student experience. It is utterly ludicrous to expect universities to offer more for less, and quite ridiculous to encourage students to complain at a time when it is clear they are getting a raw deal.