Further claims by the anti-reform No2AV campaign about the Alternative Vote have been exposed today, reports Shamik Das. 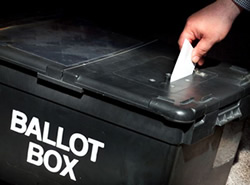 Further claims by the anti-reform No2AV campaign about the Alternative Vote have been exposed today. Readers will recall our article on February 5th setting straight a number of ‘facts’ put out by the no campaign about Australia’s experience – to which can be added their ‘facts’ about cost, voting machines and voter education in the UK.

Here are those latest No2AV ‘facts’ and the actual facts.

No2AV claim: “The cost of electronic vote counting necessitated by AV will be £130 million.”

Truth: There will be no electronic counting machines used with AV; as Australia’s foremost election authority Antony Green says:

“We’ve used AV for 90 years at all levels of government. And Australia has never used voting machines to conduct its elections.”

Furthermore, counting machines, such as the ones that plagued the Florida Count in the 2000 presidential election, are routinely used in America – for First Past the Post elections.

Truth: The cost of the referendum is incurred whether there is a Yes or a No vote, so there is no saving from voting No in the referendum. And, as Sunder Katwala on Next Left says:

“How ex-President Mubarak must now regret that he did not have Matthew Elliott of the Taxpayers Alliance advising him to make a ‘we can’t afford free and fair elections’ speech to the protestors in Tahrir Square. Elliott’s argument about the costs of democratic reform would surely work much better in the Egyptian case than Britain.

“It should certainly be seized on by Robert Mugabe next time the Movement for Democratic Change, and our Foreign Secretary William Hague, are pressing the case for fair elections in Zimbabwe… There are arguments for and against this change. In a democracy, whether Britain could afford to count the votes really isn’t one of them.”

No2AV claim: “The cost of voter education with AV will be £26 million.”

Truth: This is a wild exaggeration, and based on the cost of the adoption of a different system, the Single Transferable Vote for Scottish Council elections, that is much more complex than AV.

“They need to get their facts right about Australia and AV. The point is you get better representation. That’s what AV is all about.

“Does the Alternative Vote Bring Tyranny to Australia?”

In spite of what the antis may tell you, that one can go in the pile marked:

“Questions to Which the Answer is No.”