If the government continues with planned legal aid cuts, they will find strong opposition from all sides in both Houses of Parliament, and from all decent people, writes Lord Bach. 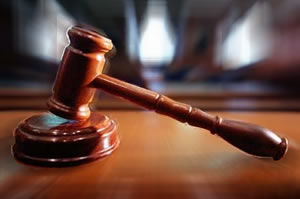 Today in the House of Commons, a backbench debate secured by Yvonne Fovargue, the Labour MP for Makerfield and chair of the All Party Parliamentary Group on Legal Aid, will see members from all sides of that House, as well as my colleagues from the shadow justice team, argue the case against cuts to Legal Aid.

Yvonne spent twenty years as chief executive of St Helens Citizen Advice Bureau and knows the kind of problems that CABs deal with and the benefit they bring to society. Over the past few months I’ve met with dozens of groups from around the advisory and justice sectors; just the areas where these cuts are targeted.

It is estimated that very few of the 56 Law Centres around the country will survive the 68 per cent cuts to civil legal aid help. Over half of CABs are likely to shut because of cuts to the Legal Aid budget, cuts to local authority budgets and the withdrawal of the Financial Inclusion Fund. It was announced just this week that virtually all of Birmingham’s Citizens Advice Bureaux will close.

How will those that find themselves mired in debt, at risk of homelessness or trying to escape a marriage in which they suffer domestic violence be able to cope without the expertise of this sector?

In my time as the Minister for Legal Aid in the last government, I made it quite clear that I felt there was too much spent on criminal and some family legal aid, and not enough spent in the welfare law sector.

Everyone agrees that good early advice saves money in the long run. Research (pdf) shows that every £1 of legal aid expenditure on housing, debt, benefits and employment advice potentially saves the state far more – up to £8.80 in the case of benefits advice, for example. So why is the government determined to decimate and destroy this area of law?

The government’s choices, rushed through without sufficient consultation or thought, are simply the wrong ones. They have chosen to pick on the wrong area of the legal aid budget, and at a time in which it is most needed. They have chosen to remove funding from the advisory sector which actually saves money by nipping problems in the bud and preventing them from escalating into complex and costly problems.

How could the Lib Dems in particular sign up to this?

When governments choose, society is forced to accept the results of their decisions. In this case their hurried choices, at the behest of a prime minister and chancellor that claim “we are all in it together”, will radically alter the way our society functions. It will make things less fair, less efficient and less effective.

There is still time for the Secretary of State for Justice to change his mind. Legislation has not yet been published – but if the government continues down this disastrous path they will find strong opposition from all sides in both Houses of Parliament, and even more importantly, from all decent people in this country.

14 Responses to “On legal aid, the government has chosen the wrong path”