Ahead of Andrew Neil's documentary on social mobility tonight, Matt Gwilliam looks at the high number of public schooled politicians – including in the Shadow Cabinet. 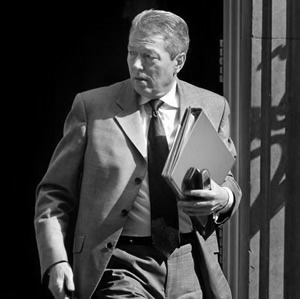 Tonight, at 9:00 on BBC Two, Andrew Neil presents an eye-opening documentary, Posh and Posher: Why Public School Boys Run Britain, in which he “seeks to find out why politicians from all parties appear to be drawn from an ever smaller social pool – and why it matters to us all”; here, Matt Gwilliam looks at the high number of public schooled politicians – including in the Labour Shadow Cabinet

Last week saw the departure of Alan Johnson from front line politics. His departure is a great loss; he was a formidable politician and in addition, his personal background gave the Cabinet and more recently Shadow Cabinet real credibility with the wider public that increasingly sees politicians as having come from a distinct background.

Recently, the Fabians’ Sunder Katwala proposed a 20 per cent tax on private school tuition fees to fund a real pupil premium for state schools, a compelling and eloquent argument that reminds us that equality of education is at the very core of who Labour are as a party.

Few people would disagree that private education confers privileges and advantage to those who enjoy it, and that going to private school is almost exclusively linked to the accident of birth. However, many argue that private schools are what parents aspire to for their kids and penalising aspiration is not an option – but can the Labour party seize the initiative about schooling in a different way?

In the Shadow Cabinet elections there were calls to have quotas, guaranteeing a third or half of the shadow cabinet must be made up of women. Doing this would overcome any discrimination and force a change in culture. Similar arguments are used for all women shortlists (AWS), which appear to have been a great success at getting more women into parliament.

When it transpired that »40 per cent of the shadow team were women, some thought a quota still important to send the message that the party are serious and never complacent about equality. Perhaps even the debate about quotas before the shadow elections assisted in getting more women elected.

The government’s cabinet is less than 20% female. It is also 59% privately educated – eight-and-a-half times that of the general population (7% privately schooled), a huge overrepresentation. Should the Labour party be once again leading the way, by talking about a cap on the number of privately educated members of the Shadow Cabinet?

When this idea was floated to an MP who was a champion of AWS and positive discrimination for women, the reply came “where do you stop?”, an argument deployed against AWS. The question should really be: “Where do you start?” The starting point should surely be the least represented sections of society with the greatest biases against them.

Though Labour does much better than the Tories it should be more reflective about this bias that attacks the most fundamental of the party’s beliefs about equality of opportunity for all through equality of education. This is particularly important during the reign of Messieurs Cameron, Osborne and Clegg, a fact senior Conservative backbencher David Davis remarked upon this week.

He observed that there is no one at the top of the government “from backgrounds where they had to scrape for the last penny at the end of the week”, adding:

A point also made by Dominic Sandbrook in today’s Mail:

“… very few senior Tories come from a relatively poor background. And when ordinary families, already feeling the pinch as the economy slides back towards recession, are confronted with pictures of George Osborne on the Klosters ski slopes, they could be forgiven for wondering whether we really are all in this together.

“Although our politicians often refuse to admit it, the truth is that the state of Westminster is a damning indictment of the death of social mobility…

“For all their gushing rhetoric about change and inclusiveness, MPs of all parties tend to look remarkably similar. And for all their talk about diversity, it is worth noting that a pitiful 11 out of 306 Tory MPs are black or Asian, while Labour boasts just 16 and the Lib Dems none at all.

“The figures on education are even more revealing. Of our 119 Government ministers, 66 per cent went to public schools, compared with only 7 per cent of the population as a whole. And what is more, a staggering 10 per cent went to just one school, Eton.”

The Labour party has worked hard to push up the number of women and non-white members in positions of authority and profile, and though there is still plenty of work to be done, both the members who have filled these positions and the party itself deserve praise. They are role models of which we should be proud.

However, along with this process the party must examine what it is and what equality really means. At our heart, do we not stand fundamentally opposed to privileges or disadvantages endowed by the accident of birth? The ability to attend a private school is one such privilege and given the bias exhibited in the Labour party, members should be concerned and sending a message about it.

The overrepresentation of high profile, privately schooled Labour Members of Parliament sends a message to the party, to kids going to private schools and to kids going to state schools about where they stand in society. It also sends a message to the wider public about who Labour is and who is chosen to represent the party. A discussion about a limit on the overrepresentation of privately educated members in the shadow cabinet, for example, would show the party to be serious and sincere about its values and the vision is has of society.

The issue of schooling is fundamental to who we are as a political movement. Perhaps we should be tackling it with the same self-inspection, vigour and energy that we have tackled other issues of prejudice and injustice.