Phil Riley looks at the successful Labour strategy in the Oldham by-election, which the party won by more than 3,500 votes. 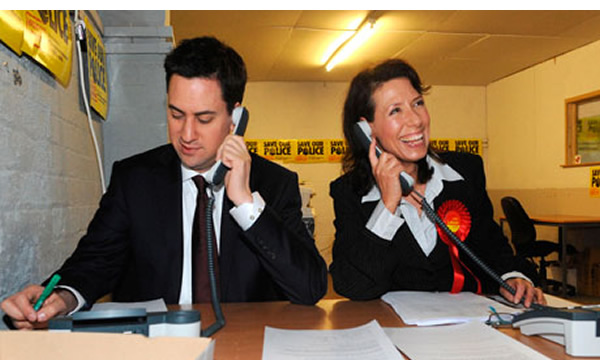 Phil Riley looks at the successful Labour strategy in the Oldham by-election, which the party won by more than 3,500 votes

It’s not surprising that the media are trying to diminish the value of Labour’s comfortable win in the Oldham East and Saddleworth by-election on Thursday but Debbie Abrahams’s victory was not a foregone conclusion. Firstly, the circumstances that led to the election were, to say the least, negative for Labour and were inevitably amplified by the Lib Dems in much of their election literature; secondly, this is a constituency with only three Labour councillors out of 27 – the rest are Lib Dems – and there is a strong traditional Liberal vote in the Pennine villages that make up some of the constituency.

It is also a very disparate constituency – central Oldham including the overwhelmingly Pakistani area of Glodwick, the rambling eastern suburbs of the town and then, 10 miles away on Saddleworth Moor, a string of rural Pennine villages where renovated farmhouses overlook neat terrace houses of millstone grit. It’s not an easy place for Labour to campaign and is very much available for the traditional Lib Dem tactic of saying different things in different areas. Add in the fact that the four-week campaign covered the Christmas period and the recent inclement weather and you get some sense of the scale of Labour’s success.

In a three-cornered fight, there are always going to be multiple movements of votes between the parties but the main elements of change since the General Election were a very significant move of votes among the Pakistani community from the Tories to Labour; the expected drift of support from the Lib Dems to Labour by voters disillusioned with the Lib Dem input to the coalition programme of cuts; and a quite successful campaign by the Lib Dems to orchestrate a tactical vote among Tory voters with the object of defeating Labour – this, incidentally, is the main reason why the Lib Dem vote appears to have confounded recent opinion polls and, as local council by-election results continue to show, will not happen everywhere.

The loss of Tory votes in the Pakistani community was partially helped by the fact that their candidate Kashif Ali, a pleasant enough young man, was hung out to dry by the Tory central command who either deliberately or witlessly fought a lack lustre campaign – as an example, whoever decided that a last minute leaflet highlighting the issue of mixed hospital wards should be delivered in Glodwick really doesn’t get the priorities of the local community.

In the circumstances, any Labour victory would have been acceptable but the 3,558 majority is a tribute to the strengths of a campaign that used well-designed leaflets to highlight the impact of various coalition cuts – a focus on cuts in police numbers by the Greater Manchester force was particularly successful and this issue was narrowly voted the most pressing of the campaign in a Granada TV survey.

Other areas of focus were the concept of broken promises, cleverly linked to the idea of making and breaking New Year resolutions and the unpopular increase in VAT. Given the coalition’s war on the living standards of ordinary people, it does feel like Labour is going to be overwhelmed by potential campaigning issues and the art-form is going to be in choosing the most effective from a potential list of hundreds. As a final plus, the campaign was enthusiastically supported by the efforts of many Labour MPs and literally hundreds of volunteers, many of them young, who flooded into the campaign offices from all over the country to lend a hand, particularly in the last few critical days.

Of course, it is important to keep any by-election result in perspective, especially in the early days of a Parliament that will probably last for four more years but both Ed Miliband and the party can take a lot of positives from Oldham, a useful antidote for the gloom brought on by this most vandalistic of governments.