John Griffiths, Labour Member for Newport East, Counsel General & legislative programme leader, sets out the challenges which lie ahead for the Welsh Assembly. 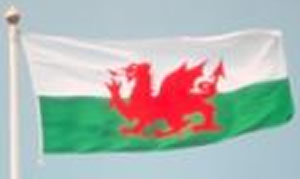 The year 2011 will be a momentous year in Welsh politics. January will see campaigning in earnest for the March 3 referendum on greater powers for the Welsh Assembly, and after that it will be full steam ahead to the next Assembly elections at the beginning of May.

The Assembly elections offer the opportunity of Welsh Labour advancing from our current position, leading a coalition government with Plaid Cymru, to an overall  majority.

Our prospects are greatly assisted by the UK situation. Wales is very likely to want a greater ability to shape her own affairs and a strong Labour administration in the face of the Tory/Lib Dem assault upon us. The savage ideologically driven cuts to the public sector and welfare benefits will particularly impact our jobs, services and wealth given our relatively weak position and private sector.

Not only do Mr Cameron, Mr Clegg and co. show no sign of understanding these issues but they add insult to injury by returning to Tory colonialism with a Secretary of State for Wales, Cheryl Gillan, representing an English home counties constituency. Add in a series of decisions not to proceed with major infrastructure projects and substantial financial concessions to Scotland and Northern Ireland with nothing for Wales.

The Assembly has been all about progressive politics. We have brought power down to our people with huge gains in opening up the process of government. Typically, around half the AMs have been women putting us at the very forefront of gender equality. Government in Wales has been based upon equality of opportunity and outcome and sustainable development.

On public service delivery we remain committed to the public sector building partnerships and networks, rather than pursuing privatisation and competition. Capital projects use public money not PFI.  In education, the new Foundation Phase for 3 – 7 year olds involves learning through structured play in a major departure for the UK.

Welsh students, in contrast to their English counterparts, will continue to receive the Education Maintenance Allowance and will not pay the higher Tuition Fees universities will be able to levy in the future.

We are proudly internationalist with community to community links with Sub-Saharan Africa numbering many more than our share of the UK population would suggest. The coming year will present major challenges to the progressive agenda which has been taken forward with healthily rising budgets. Now we have to deal with swingeing cuts.

In setting our budget for next year we were determined to safeguard the progressive agenda. The easier option of across the board cuts was rejected in favour of the hard task of detailed examination and prioritisation to protect the vulnerable. Much valued universal benefits such as free bus travel for the over 60’s and disabled people and free prescriptions will be retained.

Education, front line health services and social services will be protected. And we are determined to do all we can to prevent another lost generation of young people unable to get work as they come out of school or college.

It is a very worrying time. The UK government’s regressive agenda will hit our country hard. But we are clear that in pointing out the effects of these policies it is not about victimhood. The Welsh Assembly government has its own responsibilities. We will continue to show energy and ideas.

Our first Mmnister, Carwyn Jones is the UK’s senior elected Labour politician. He has made a strong start and one year on from his election his approval ratings are impressive. Our challenges now are to further democratise Wales with a resounding ‘yes’ vote in the March referendum. And to then win an overall majority in the Assembly elections and use those new powers to continue building a progressive social justice country.

In demonstrating that socialist policies can win power and transform our communities we will be helping to provide a route map back to power for Labour across the UK.