Today is the official launch of an independent inquiry into high pay. The aptly named High Pay Commission has been established by Compass and is supported by the Joseph Rowntree Charitable Trust. To mark the launch the commission conducted private polling with YouGov which had some remarkable results. 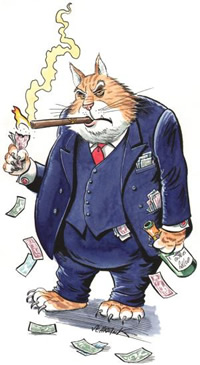 Today is the official launch of an independent inquiry into high pay. The aptly named High Pay Commission has been established by Compass and is supported by the Joseph Rowntree Charitable Trust. To mark the launch the commission conducted private polling with YouGov which had some remarkable results.

Perhaps more interestingly, the poll also revealed hardly anyone realises how much the average CEO of a leading company is paid – only 9 per cent of those polled correctly estimated it.

When it came to guessing how much these top bosses earned, 63 per cent of people either didn’t know or thought that they were paid less than £1million – in reality they are paid nearly five times that amount – and 4 per cent thought the boss of a FTSE 100 company was paid less that £50,000.

Polling is an inaccurate science but at the very least these results show a serious disconnect between the pay at the very top and the public at large. There is a growing public interest in top pay in the private sector and while the government has set up an inquiry into high pay in the public sector, under Will Hutton, this will only ever show half the story.

No one is saying that being a CEO or banker is an easy job but the fact that over the last ten years CEO pay for FTSE 100 companies has increased by 160 per cent and yet the value of these companies has declined by 19 per cent. There is much theorising over high pay but very few answers to the big question – are they worth it?

Today Barclays bank announces its bonus pool which estimates suggest will include an extra £1.5 billion to pay its 25,000 staff on top of the £3bn pay and bonus pot that had been amassed half way through the year. A trading statement by Barclays due today is expected to show a downturn in investment banking profits in the third quarter, matching the recent results from many of its rivals.

Despite the downturn this will see huge bonuses rewarded to the very people who took the big risks with our economy. Over the coming months there will be more announcements of banks’ bonus pools – with barely a day going by without a news story on high pay – so it is timely that this independent inquiry is taking place now.

It is chaired by Deborah Hargreaves, former business editor or the Guardian and Financial Times. She will be joined by a panel of commissioners from business, trade unions and academia. These include Lord Richard Newby, Liberal Democrat peer; Brian Bailey, director of pensions for the West Midlands Pension Fund; Robert Talbut, CIO of Royal London Asset Management; Frances O’Grady, deputy general secretary of the TUC; and Professor Michael Taylor, former Director of Christian Aid.

The commission will run for a year and is tasked with exploring the drivers behind the increase in pay and looking at reforms which could mitigate or reduce this trend.

If you want to find out more or get involved the commission has issued a call for evidence; to submit evidence or have your say log on to highpaycommission.co.uk/submit-evidence