A financial transaction tax, more commonly known as the ‘Robin Hood Tax’, is a key tenet to Ed Miliband’s vision - with Sarkozy & Merkel, he can realise it. 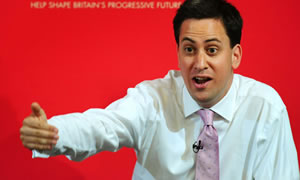 This week has witnessed the ascension of Ed Miliband to the Labour crown, and with it a new purpose and ambition for the centre left. Central to his campaign was a bold economic prospectus calling for fairness and social justice. A financial transaction tax, more commonly known as the ‘Robin Hood Tax’, is a key tenet to his vision.

Left Foot Forward has previously argued the merits of such a tax, and highlighted the growing international support behind it. The tax could raise as much $700 billion from a 0.05 per cent levy on all trades in the $4 trillion a day forex market. Global momentum continues to build despite the current government’s international opposition; there now exists a unique opportunity for Ed to lead British efforts worldwide for the adoption of the tax.

Recent weeks have seen a flurry of activity. Though differences exist within the European Union, France and Germany have been pushing hard for a FTT, with German Chancellor Angela Merkel declaring a few weeks ago in her national parliament:

“…we are going to try to persuade as many countries as possible.”

Her counterpart, Nicolas Sarkozy, has been equally vocal:

“Finance has globalised, so why should we not ask finance to participate in stabilising the world by taking a tax on each financial transaction?”

The French president has said if progress is not made on the idea, he will make it a key part of the agenda when they chair the G20 group of large economies. Spain and Portugal have also affirmed their support, at the UN summit last week on the Millennium Development Goals.

Earlier in the year the European Parliament voted overwhelmingly in favour of the tax, and the European Commission, the EU’s executive arm, is preparing a paper at the request of Europe’s finance ministers on the possible workings of the tax. Belgium has suggested that if no agreement can be reached at the EU level, the eurozone should look to take it forward separately.

As a passionate advocate of the tax, Ed should seize this momentum and lead the British charge globally. There are three principal ways he could do this.

1. Start arranging meetings and conversations with European leaders, particularly key proponents of financial transaction taxes. Not only will this be a great way to introduce himself to policy-makers throughout the continent, but it will add pressure on the government to re-think and engage more constructively with the proposal.

It will also demonstrate that the world’s leading financial centre is not averse to the idea, and that political support does exist.

2. Lead a political ground offensive for the tax. There already exists a major grassroots movement, which has cleverly clothed the idea as the ‘Robin Hood’ tax. This campaign is being led with celebrity endorsements and propelled through social networks, TV adverts and collaborative online forums. To date it has over 200,000 members.

Ed should meet with these campaign leaders to discuss how we can build on their efforts and what he and the Labour party can do to take it to the next level. As a party, we should also launch our own campaign. Ed has paid tribute to his defeated brother’s ‘Movement for Change’, a grassroots initiative mobilising and training local leaders. He has pledged to mainstream this within the Labour party. This is an ideal cause for it.

3. Provide clarity on any proposal for a financial transaction tax. One of the weaknesses of the campaign is that the idea can be found lacking in detail and definition. There are advocates who argue solely for a levy on currency transactions, and others for one on all financial and trading movements.

Proponents, including world leaders, have been guilty of re-defining its purpose for convenience; i.e. the tax will recoup the bailout of the financial world by taxpayers, protect taxpayers from future bailouts, help meet Millennium Development Goals, or be used for climate adaptation and mitigation in the developing world.

Understandably, this helps win support and the process of negotiations. But if we are to achieve any final resolution, then advocates have to be clearer in their intentions and mechanisms. Ed should be flexible, but have a strong idea on what type of FTT he wants and how it should be implemented.

The case for a financial transaction tax is overwhelming. It embodies every principle the left believes in: fairness, justice, and reciprocity. The time has now come for the new generation in the Labour party to take this to the next level.