Under the coalition’s planned NHS reforms GPs could find themselves with serious headaches, with serious pressures on clinical freedom and financial viability. 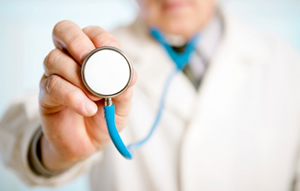 This morning, health secretary Andrew Lansley addresses the Conservative party conference in Birmingham; here, former GP Dr Diarmid Weir – who has recently completed a PhD in monetary economics, assessing both mainstream and heterodox approaches – looks at the impact of the government’s NHS reforms on General Practitioners

Under the coalition’s planned NHS reforms GPs could find themselves with serious headaches. Patients armed with detailed outcome data and on-line hospital reviews may enter surgeries demanding referral to a named specialist at a hospital in another part of the country. The increasing patient-choice imperative will make this a difficult request for GPs to resist, but the financial and commissioning responsibilities handed to them by the reforms may give them worrying conflicts of priorities.

Under the proposed new system GPs, as well as being care providers in their own right, will form consortia to take on a role closely analogous to that of health insurers in countries such as Germany and Holland where healthcare is funded through more or less universal cover. These insurers become responsible for funding care for all applicants at a premium determined by their income.

The basic level of cover is determined by law, and high income, low risk individuals subsidise the low income and high risk through financial transfers. In effect, the new commissioning role for GPs differs only in that their consortia will have no option to feed rising costs back into higher premiums, as has happened both in Germany and in Holland.

GPs will therefore have the responsibility for contracting with every provider of healthcare to their patients within a fixed budget. Resisting any attempts by financially-focused providers to cut their own costs by reducing quality or to boost revenue by performing unnecessary procedures will require water-tight contracts and close monitoring by GP commissioners. The costs of this, when choice drives the use of multiple providers, may lead to serious pressures on clinical freedom and the financial viability of the GP consortia.

The coalition’s claim is that the NHS is not performing as it could or should, for which there is some justification from international performance and satisfaction surveys. They believe this stems from a lack of accountability to patients and top-down control that blunts incentives to quality and innovation.

But it could be argued that any relative failure of the NHS compared to comparable healthcare systems might be accounted for by an overall level of funding that is still generally 10-15 per cent lower than other European countries and by the repeated structural upheavals of the last 25 years. There is certainly no justification for believing that market-style structures are necessary for better outcomes and satisfaction with care.

Among the best performers on both counts are the almost wholly publicly funded and run Scandinavian systems. One of the worst performing healthcare systems in the developed world, and by far the most expensive, is the largely privately funded and privately provided US system.

The serious care and management failures uncovered last year at the Mid-Staffordshire Foundation Trust were not caused by a lack of financial motivation but by poor planning, absent communication and a culture of oppression. According to Professor Regina Herzlinger of Harvard Business School, the US record on innovation is actually quite poor, and more market-oriented care often appears to be a barrier, rather than an encouragement. But if incentive does have a role, it may be better to provide this in more flexible and targeted ways that go with the collaborative nature of healthcare and the high intrinsic motivation of healthcare workers.

Perhaps NHS providers could operate as John Lewis style partnerships, sharing bonuses for meeting specific yearly targets for cost-cutting or quality. A bonus fund, to be similarly shared, could be set up for successful innovations in care.

If decentralisation is important, this doesn’t necessarily require GP commissioners or providers to be independent of direct public control. Sweden, Denmark and Finland, all high performers on healthcare outcomes, satisfaction ratings and overall costs, have healthcare systems primarily local authority led and funded, so not only is there locally responsive control of healthcare, but also locally transparent costs, which the NHS’s funding from general taxation lacks. The results suggest this is the best of all worlds, and the shift to such a system would be hugely less risky and less costly than the coalition’s plans.

• The full analysis on which this piece is based is available at: