The chair of the APPG for Global Action Against Childhood Pneumonia, Jim Dobbin MP, writes about whether we can meet the Millennium Development Goals. 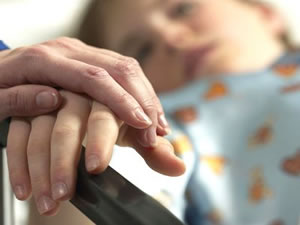 Our guest writer is Jim Dobbin MP, chair of the All Party Parliamentary Group for Global Action Against Childhood Pneumonia; since the Group’s inception in 2007 he has worked to raise the profile of pneumonia and MDG 4 in the UK and globally, and has spoken about pneumonia and child health at international conferences as well as helping to write and publish a “landmark report” into pneumonia and pneumococcal disease – the main cause of pneumonia

The 10 year Millennium Development Goals Review Summit took place in New York this week, with world leaders gathering to review progress towards the goals which are designed to eliminate poverty and its effects and improve education and health, particularly in the developing world.

With five years to go until the MDGs are supposed to be met, the review summit this week could not have been more important since progress in meeting the targets has so far been “unacceptably slow” according to United Nations Secretary General Ban Ki Moon.

This lack of progress is evident to me and the APPG for global action against childhood pneumonia in our work on MDG 4 which aims to:

8.8 million children still die before their fifth birthday, according to recent data and pneumonia accounts for more than 1.5 million deaths each year. There have been strides forward. I have seen the great effort many countries have made to try and tackle diseases like pneumonia. In Western Africa, Latin America and Eastern Asia under-5 child mortality has been reduced by more than 50% and in Northern Africa it has come down by over 60 per cent.

Can the MDGs be met?

In the last few years the UK has been at the forefront of some of the most innovative recent international development agreements to aid the developing world.

In June 2009 the UK, along with Italy, Canada, the Russian Federation, Norway and the Bill & Melinda Gates Foundation launched the Advance Market Commitment against pneumococcal disease. This funding mechanism agreed that manufacturers supply important vaccines against pneumococcal disease (the primary cause of pneumonia in the developing world) to developing countries at a discounted price.

Also, the recently passed World Health Assembly (WHA) Resolution on Pneumonia, which obliges the 193 World Health Organisation member countries to implement and report on strategies to prevent, protect and treat pneumonia, was spearheaded in part by the UK. The coalition government needs to continue this funding and coordination if the MDGs are to be met in the next five years.

Equally the UK must work with the developing world. Countries such as Bangladesh and Malawi have made great progress in building political consensus and driving forward immunisation programs which are key to meeting MDG4.

This is why I welcome Nick Clegg’s strong speech in New York on Wednesday about the need to meet the MDGs, which seems to have been replicated by a number of other countries. This is an enormous boost for organisations involved in the fight against global poverty such as the WHO, UNICEF, the GAVI Alliance and others. Globally I think this represents one big step towards meeting the MDGs.

15 Responses to “Meeting the Millennium Development Goals – can we do it?”