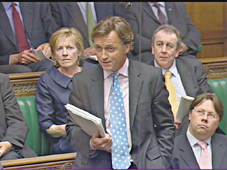 The Financial Times reports that “rebel [Lib Dem] MPs have signalled that they will vote in Parliament tonight against the Budget resolution that concerns the VAT rise.” An amendment has been signed, which demands “an assessment of the impact of the increases it proposes upon business, charities and households across the income and age groups”. Bob Russell, Mark Williams, and Roger Williams have signed the amendment drafted by Andrew George.

The Independent reports that Vince Cable has ruled out the move by saying, “No, we’ve got a balanced package as it is, and we are not reopening it.” The Guardian reports that Today two opinion polls yesterday – YouGov for the Sunday Times and ICM for the Sunday Telegraph – put the Lib Dems on just 16 per cent, compared to the 23 per cent they got at the general election. Left Foot Forward yesterday reported how the poorest were hit hardest when spending cuts were included in the assessment, and how the most deprived areas were most affected by the cuts to local government budgets.

The front page of the Guardian and Times focus on the coalition’s plans for a “welfare crackdown”. The Guardian reports that Ministers are to signal a tougher approach to incapacity benefit this week as the next stage of its welfare reforms, by reducing the benefit levels of those tested if they are found capable of doing some work. Work Minister, Chris Grayling, is expected to announce details this week. George Osborne said last night: “It’s a choice we all face. It is not a choice we can duck.” He specifically mentioned the cost of housing benefit, incapacity benefit, and employment and support allowance. The Times says the Tory pledge to try to reduce Britain’s annual £12.5 billion incapacity benefit bill represents “the latest faultline to emerge between the Conservatives and Liberal Democrats.”

The Daily Telegraph front page reports finding by the British Medical Association that thousands of doctors and nurses face being made redundant or not replaced if they leave, while many hospitals have cut treatments. A survey for the BMA found that 43 per cent of those who responded said there was a freeze on recruiting doctors and nurses at their trust. The Guardian reports that 72 per cent said their health trust had postponed or cancelled clinical service developments because of financial pressures.The warning came as senior Tories broke ranks to object to plans to protect health service funding. Nadine Dorries, a Tory member of the Commons health select committee, told the BBC’s Politics Show: “I think we need to find the political courage to accept that there is excessive waste in the NHS and that it’s unfair to expect other departments to take all the hits.” Lord Lawson made a similar argument to which George Osborne responded: “We have committed to real term increases in the health budget for a good reason. There are very significant demographic pressures on the health service which have to be taken into account.”

The Times reports that the “Government’s proposed curb on migrants is damaging, says business”. Businesses have warned ministers that a strict limit on numbers could stop them filling vacancies and recruiting people with specific skills in areas such as social care. Vince Cable, the Business Secretary, said yesterday that any cap must meet the concerns of business and industry:“It has to be implemented in a flexible way.” Boris Johnson, the Conservative Mayor of London, also expressed concern that a tough curb would damage the capital’s dominance as a centre for finance and business. On the Today programme, Home Secretary Theresa May said the coalition government was “delivering on our promise” to reduce migrants, but consulting to make sure that any cap on immigration was done in a way to “ensure we do get the brightest and best”. She said: “I think what’s absolutely key is that we deal with this overall issue of immigration … but of course part of the process of consultation is about working out how we put that limit in place.”

The FT reports that a form of words were agreed yesterday at the G20 that “allowed all sides to claim their deficit reduction strategy had won out but is likely to make little difference in practice.” The paper reports that G20 officials said there would be no formal sanctions for governments breaking the deficit pledge. Nor is it likely to provoke much change in policy, since G20 countries are already on course to hit those targets. The papers’ front page examines the decision to implement “tough capital rules to force banks to hold sufficient buffers to guard against a future crisis”. But the Guardian reports that the proposal to have a regime by the end of 2012 has been shelved in a compromise insisted upon by European G20 members.