The central theme of Labour’s manifesto, launched yesterday, is public service reform; it is even more central to this manifesto than previous ones. 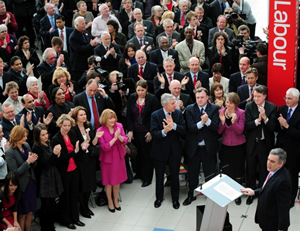 The central theme of Labour’s manifesto, launched yesterday, is public service reform. This is in some ways unsurprising: health, education and crime are critical battlegrounds in any election. Nevertheless, if reform was an important element of previous Labour manifestos – it is even more central to this one. This is because the context in which public services have to operate has changed.

In the last decade Labour massively increased investment in schools, the health service and policing – and while outcomes significantly improved, those improvements have generally plateaued in recent years. In other words more of the same will not do.

And even if more money were the answer – there is simply none available. Public services now have to operate in a context in which there is less money to spend – we cannot ‘buy’ further improvements by pumping in more money, but will instead have to change the way services work.

So while the prime minister has said he will protect frontline investment in schools, hospitals and neighbourhood policing – he has also declared that the days of the ‘take it or leave it’ public service are at an end.  In education Labour promises that parents will have the right to call in other education providers to run their local school if it is under-performing.

In policing there will be trigger points for police forces and basic command units to be taken over by a new management teams or by another force, if they are under-performing. People will be offered the right to go private with public money if they do not get a guaranteed level of service from the NHS.

This opens up some important areas of difference with the Conservatives. The Tories’ most radical policy is in education, where they would give parents the right to set up an entirely new school if they were dissatisfied with their current one. This market-oriented solution has been tried out in Sweden and although the Conservatives claim it has raised standards, there are major concerns around what happens to pupils in existing schools once large numbers of parents have decided to abandon it. Markets generally have losers as well as winners.

Arguably the Tories’ next most radical proposal is to introduce elected police commissioners, which bring with them a number of attendant risks. One is that they would overly-politicise policing – for instance introducing pressures to provide more police in wealthier areas where more people vote than in deprived areas where there is more crime. Another is that it is highly risky to give so much power to one elected individual in an area as delicate as policing – the possibility of a BNP police commissioner is truly frightening.

Nevertheless, the police service needs to change – chief constables are almost never sacked, even when their force has long been under-performing. Labour’s alternative of bringing in new management or takeovers by other forces is therefore welcome.

This reform agenda is a more pragmatic one than that previously driven by Tony Blair, who tended to see increased individual choice as the solution to every under-performing service. In contrast Labour now recognises that sometimes giving people more collective voice (to change their school’s management for instance) rather than more individual choice, can raise standards without leaving some people behind.

There is also talk from both parties of local services being run as mutuals and cooperatives. This approach offers richer ecology of solutions to poorly performing services than that put forward by Gordon Brown’s predecessor.

9 Responses to “In the absence of money, reform is essential”